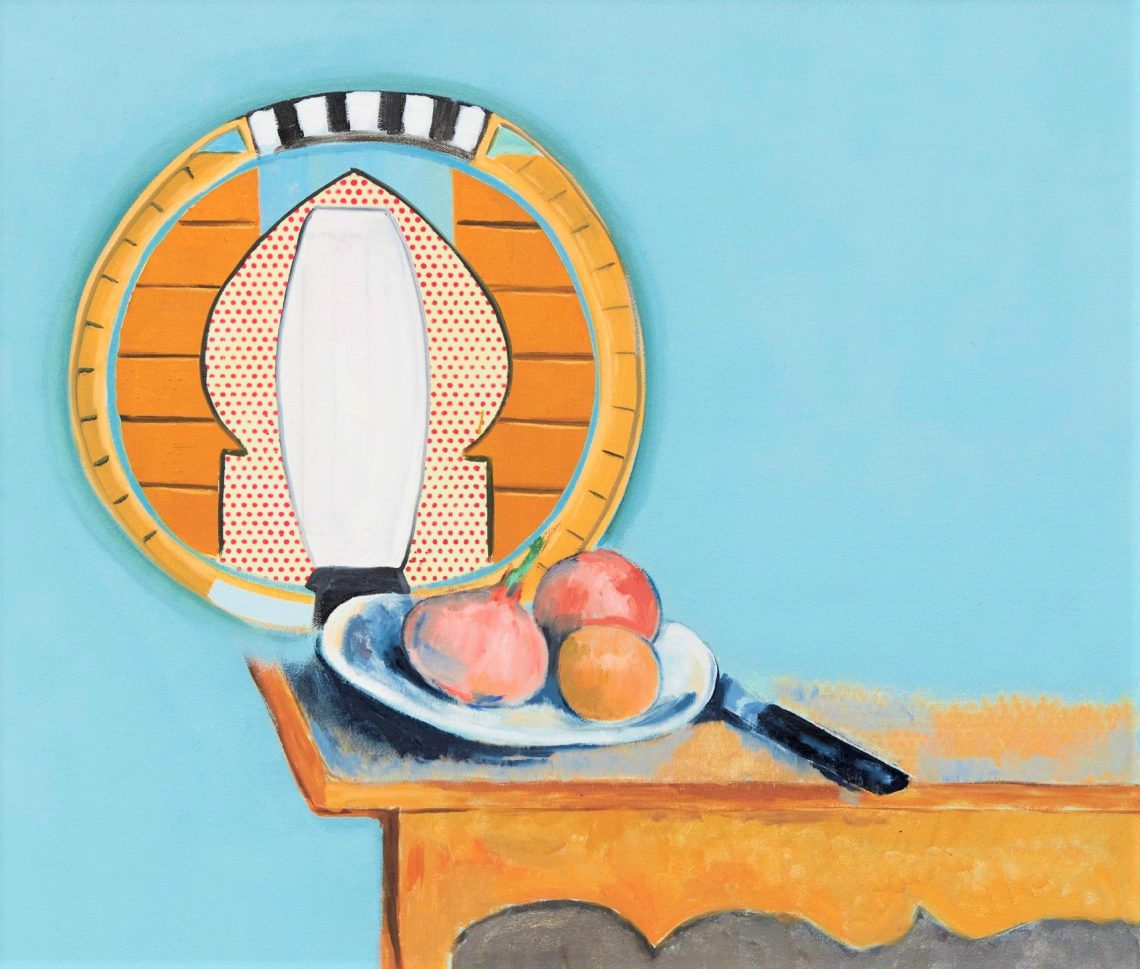 British artist Dexter Dalwood presents a new series of paintings at Simon Lee Gallery Hong Kong – with a look nearly four decades into the future. The exhibition’s title “2059” as well as the titles of individual works make reference to this approach.

In spite of this nominative forward-looking idea, the artist resumes his longstanding commitment to the construction and interpretation of history in painting: each work is composed out of a network of interrelated references and sources from across the annals of art, politics, literature, as well as Dalwood’s own biography. The mix of brutalism and elegance, the old and the new depicted in this latest series creates visual paradoxes that echo a version of the future that simultaneously reflects on the present.

Ultimately, Dalwood prioritises the overall consonance of the painting over any preconceived notion of composition, sacrificing linear perspective in the pursuit of an overall approach to painting as object that takes negative space, the edge of the canvas and the temperament of the paint – amongst other elements – into account.

Nonetheless, the artist continues to allude to the art-historical canon: each work is similar in scale to Jean-Siméon Chardin’s The House of Cards,offering compositional references both to this painting and Cezanne’s The Card Players. Appearing throughout the series is a circular motif that materialises in astronomical configurations of planets, or as in 2059 (portal),a classical still life fruit bowl.

From Giotto’s perfect, free-hand O to a symbolic link between heaven and earth, the circle in art history conjures a myriad of associations. Painted over the course of the past year, Dalwood communicates with this imagery something of the insularity of life and the circularity of existence.

Dexter Dalwood is a rare instance of an artist equipped to examine how history is constructed and interpreted through the making of paintings which are both intellectually challenging and visually seductive.

Not only does Dalwood possess a profound cultural and historical knowledge, he also perceives the connections between art history, politics, music, literature and personal experience, which he intimates with a remarkable lightness of touch. His paintings reward close observation, for the event or situation depicted is always reflected in the styles of painting that were developed during the periods referred to in the work.

In Dalwood’s practice the medium of painting is not only examined and celebrated in terms of its history and legacy; he also demonstrates the enduring contemporary relevance of painting as a way of communicating how we experience the world in which we live. On the flat, painted surface Dalwood creates a breathtaking pluralism that refracts and collides the memory of the past with future recollections of the present.