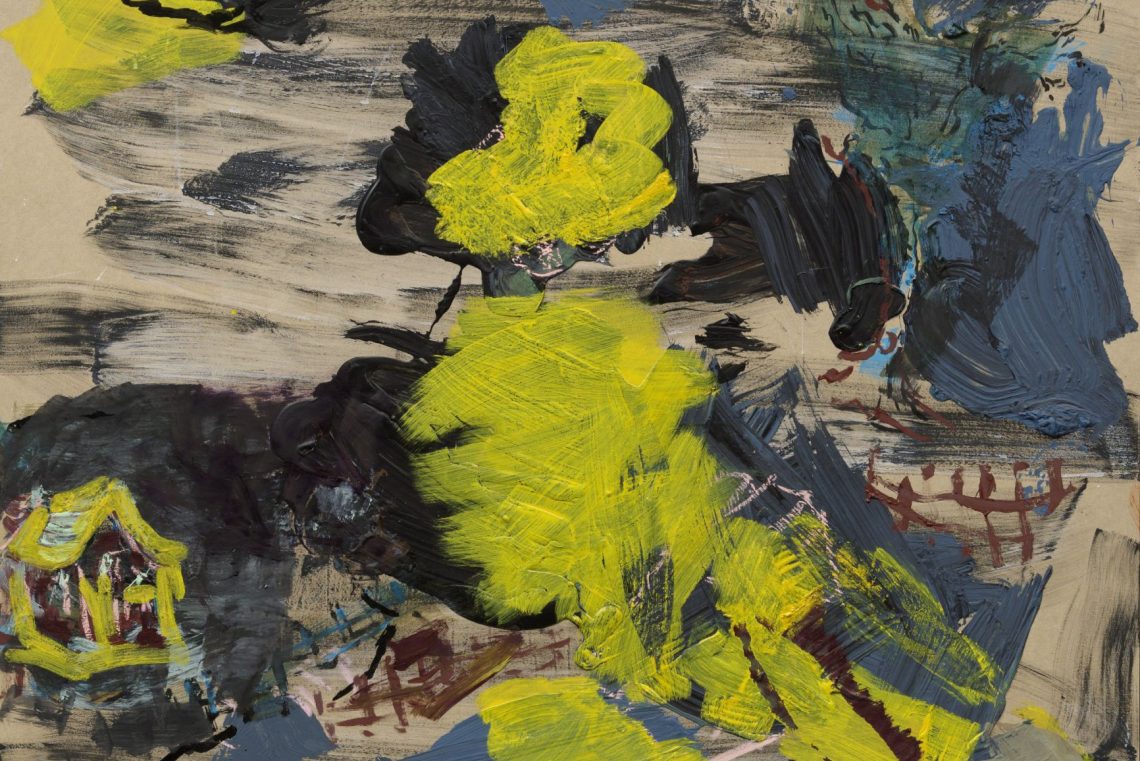 Although Per Kirkeby worked in many genres alongside painting, there is no doubt that he saw himself as a painter. He even accepted the term ‘painter-sculptor’ to characterize the kind of sculptural art that has a clear relationship with painting. Still, his sculptural oeuvre unfolded as an independent practice and at the same time showing the constant interaction between image and sculpture in his mature work.

The bronze sculpture entered Kirkeby’s world during a period of artistic crisis in his painting. This was also a time, where he was deeply impressed and inspired by the work of Auguste Rodin. The viewer is immediately drawn to the strenght and depth of these works and it is remarkable how they alternate between intense, compact statements and realms of monumental calm, where each work can become the object of experience and reflection.

The artist’s endeavor with sculpture happened in the first half of the eighties, and Kirkeby was soon busy with plaster and bronze; the motifs were body fragments such as heads and arms, later develping and evolving still closer to the forms of nature – a torso e.g. looking very much like a tree trunk.

From here on Kirkeby embarks on the large formats – monumental and heavy sculptures which would normally stand beneath the open sky. The pictorial world is mythological – inspired by (the often ultimately tragic) heroes of antiquity: Hercules, Laocoön and Jason.

The sculptures are ideally studied in juxtaposition with the artist’s drawings, sketches, models and paintings as they all influence each other and present interesting cross references. Also the works of other influencial artists like Giacometti, Jorn, Leroy are reflected in Kirkeby’s oevre.

In addition, Kirkeby’s sculptures have a number of extraordinary qualities in several respects. One of the obvious ones is the way he manages the surface of the sculpture. Often it looks as if the sculpture is more painted forth than actually formed. Many of Kirkeby’s bronzes resemble frozen brush strokes, as if lifted out of the painting and given a seperate body.