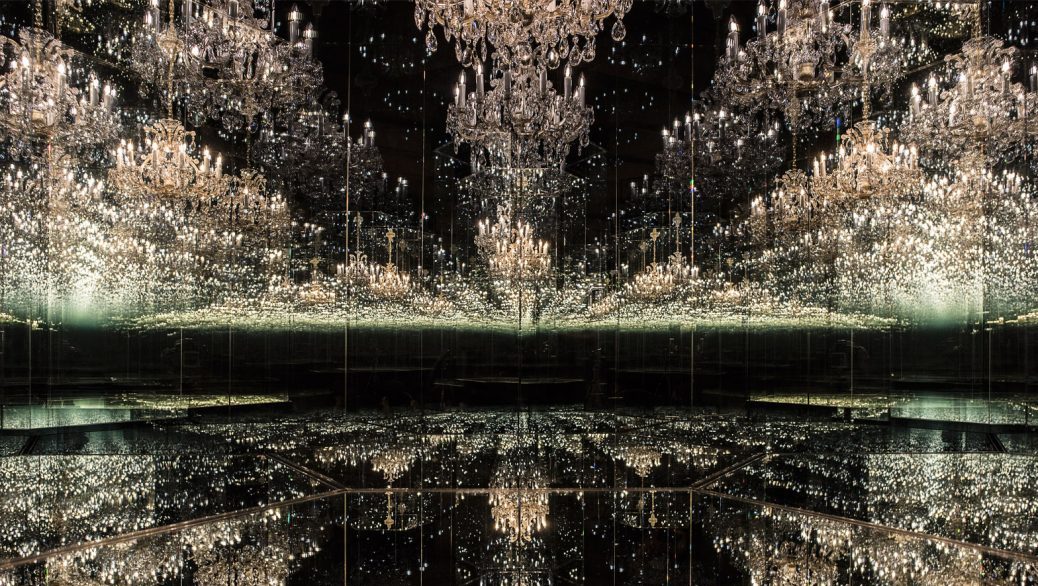 The Bulgarian-born French artist Christo and his late wife Jeanne-Claude first had the idea of wrapping the Arc de Triomphe when they rented a small flat nearby from 1958 to 1964. Their dream will come true this year in autumn when the imposing monument will be shrouded in a silvery blue fabric, tied by 7,000 metres of red rope.

Since Jeanne-Claude’s death in 2009, Christo has carried on alone, but she remains a constant companion. The couple’s connection to Paris is very close: It’s the city where the two artists met and lived  together and it  was in Paris that he turned from painting to wrapping everyday objects. The art project will debut in conjunction with an exhibition that explores the works the duo made in and about the city. “I wanted to use my face so that people will always remember just how important our black faces are when confronted by them,” Muholi says. “For this black face to be recognised as belonging to a sensible thinking being in their own right.” After a long absence, Gerhard Richter will return to US museums next year with his first major retrospective in two decades. The German painter, whose tireless experiments in form and format have made him a critical darling and auction house juggernaut, is due to present more than six decades of work at the Museum of Contemporary Art in Los Angeles in August.

The exhibition centres on the artist’s ground-breaking series such as Cage (2006) and Birkenau (2014) while showcasing some of the painter’s earliest lithographs and other works not shown before in a museum exhibition. They include Group of People, a 1965 black-and-white painting from Richter’s early photo-based practice, which features a man reading a newspaper amid a crowd of demonstrators. Such works, says the curator, are a testament to not only the artist’s examination of art history but his engagement in the fraught political history surrounding it. The tenth Garage Atrium Commission is an installation by Argentinian artist Tomás Saraceno, who is known for his works at the intersection of art, life science, and the social sciences. The installation for Garage—a mirrored sphere suspended in the air—is a product of Saraceno’s long-standing interest in constructing realizable utopias.

This aerial invitation encourages viewers to un-tether a new era of planetary attunement free from borders and fossil fuels; one that speaks to the poetic and tangible logic of the international and interdisciplinary community Aerocene.
Inspired by the ideas of Western visionaries like Frei Otto and Richard Buckminster Fuller, Saraceno’s aerosolar sculptures also resonate with projects by Soviet avant-garde artists, such as the architectons of Kazimir Malevich, Georgy Krutikov’s Flying City or Vladimir Tatlin’s Letatlin. The British painter and writer Lynette Yiadom-Boakye, who was shortlisted for the Turner Prize in 2013, is best known for her contemporary portraits of imaginary black characters, which often allude to European art history, from Goya to John Singer Sargent to Édouard Manet.

Yiadom-Boakye draws on her imagination to compose these evocative and emotional works that appear to be portraits, capturing individuals in intense moments of encounter, contemplation or intimacy, with characters reappearing, as if reencountered at different periods of their lives.

The politics of identity and representation come to the fore in this exhibition, which will bring more than 80 paintings and works on paper spanning 2003 to the present in Yiadom-Boakye’s most extensive museum survey to date. Henri Cartier-Bresson: Le Grand Jeu invites five different curators – photographer Annie Leibovitz, film director Wim Wenders, writer Javier Cercas, the General Conservator and Director of the Prints and Photography Department of the Bibliothèque nationale de France, Sylvie Aubenas, and collector François Pinault, to select fifty works each. They will make their selection from the original Master Collection, a selection of 385 images that the artist himself chose in the early 1970s as the most significant of his work. One of the inaugural exhibitions at the soon-to-open, newly expanded Munch Museum in Oslo will reveal Tracey Emin’s long-held fascination with the Expressionist pioneer Edvard Munch. Drawn back time and time again to the Norwegian artist’s expressionism and interest in the human psyche, Emin says, “I’ve been in love with this man since I was 18.”

In “Tracey Emin/Edvard Munch: The Loneliness of the Soul” new and older works by Emin will be presented alongside Munch’s, as well as a new bronze sculpture by the British artist, The Mother, which will be unveiled as a permanent site-specific work on Oslo’s Museum Island, next door to the institution. The exhibition will later travel to the Royal Academy in London, where it is on show from 15 November 2020  through 28 Februray 2021. The dazzle of 1920s and 1930s London society was captured in all its fantasy and extravagance by photographer Cecil Beaton. A society favourite himself, Beaton constructed a vision of beautiful people caught in an apparently endless masquerade.

The exhibition explores the world of the glamorous and stylish ‘Bright Young Things’ of the twenties and thirties, seen through the eye of this extraordinary artist.  It brings to life a deliriously eccentric, glamorous and creative era of British cultural life, combining High Society and the avant-garde, artists and writers, socialites and partygoers.

Featuring the leading cast of the ‘Bright Young Things’, many of whom Beaton would call friends, this show charts Beaton’s transformation from middle-class suburban schoolboy to glittering society figure and the unrivalled star of Vogue.