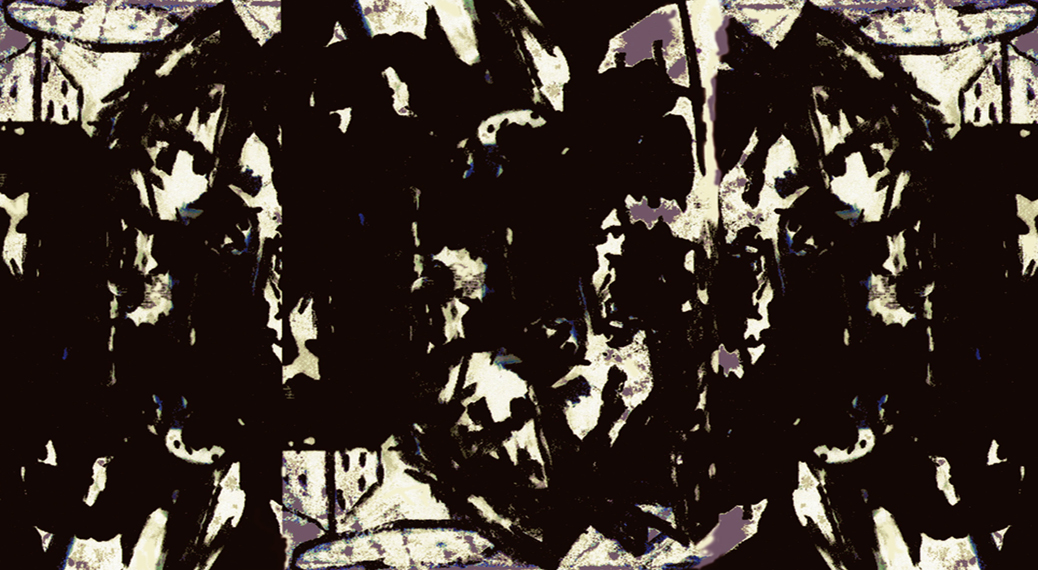 Berlin and London based artist Mani Nejad has been developing his Brain Blitz series over a period of several years. It’s a comprehensive suite of delicate works weaving together various media in compositions bonded in a common language of gravity.

Black matters and sets the tone for those dynamic images that are inspired by a dualistic concept and clear cut colour palettes that would naturally derive from it. These artworks reflect the tension of resistance and autonomy as well as moments of calmness and introspect.

„I’M FASCINATED BY THE IDEA OF CONVEYING
IMAGERY IN A KIND OF SHORTHAND.
GETTING  IDEAS ACROSS IN
A DIRECT WAY – WHILE SHOWING THE
MANY VARIETIES OF THE CREATIVE PROCESS“

While subjects and themes of the images have diverse origins they still build on one principle: space is not organized according to a straight forward linear logic or meticulous structural conception.

The works rather follow their own souvereign and spontaneous tracks managing to unframe the practice of seeing from its frozen habits and conventional context.

The inherent relationship of the works echoes subtle references to movement and responds to perceptions of motion and gesture branding them with a strong common signature element and forming a stringent line of narration within the show. Mani Nejad’s work is synonymous with exploring the breadth of human experience in a tactile painterly fashion. Asked about key aspects of his approach he notes „Im fascinated by the idea of conveying imagery in a kind of shorthand. Getting ideas across in a direct way while showing the many varieties of the creative process“.

Inspired by the history of abstract and semi-figurative painting the artist’s personal vision transcends classical notions of genre and narrative, freeing subject matter from its original context and positioning it within a new aesthetic reality.

Whith this approach Mani Nejad subverts the role of narrative in the construction of genre, and points to the slippage inherent in quoting from source.

Fragmented figures and objects, reduced to complexions or expressions, dissolve into kaleidoscopic concentrations of sand, balack and off-white, sometimes with sudden accents of purple or bordeaux. Presumed bodyparts may stand out from contrasting brushwork, or separate into momentary tonal distillations amidst the compositional flux.

The many forms and fragmented figures of these works tell a vivid story and are brought to live by blending image segments from background into foreground and vice versa.

This kind of melding game constantly alters the way the images will look adding another stunning effect to the artist’s works.

Though each final image can still be discerned in its individual elements it brings forth something new: a third image that is questioning regular representational truths, an image emerging from a transient, subtly flickering, provisional status, unfolding into its final form of complexity.

PER KIRKEBY - PAINTINGS AND SCULPTURES IN BRONZE