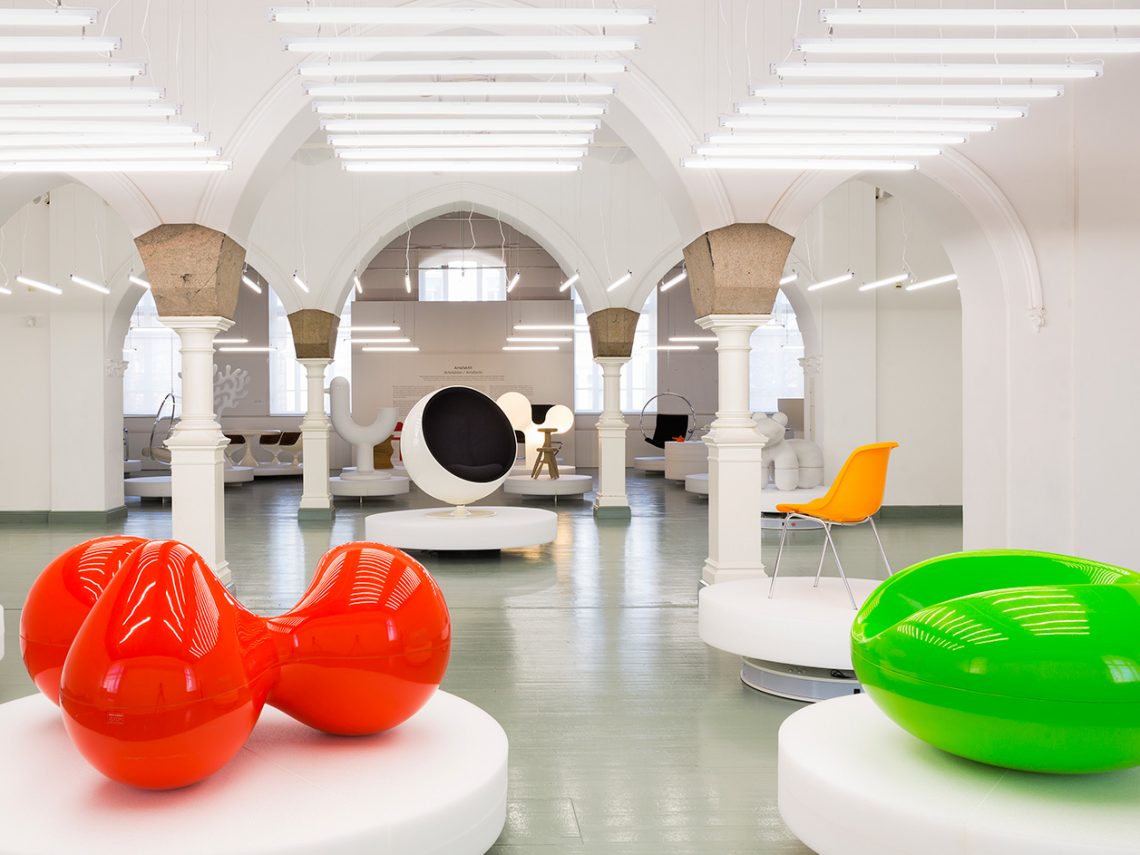 “I began to design furniture, because a piece of furniture is the most important and most prominent product of an interior, and a chair is the most difficult and most fascinating thing to design” – says Eero Arnio, one of the internationally most widely known names in the history of modern design in Finland.

Aarnio had an exceptionally long career in academics, design and interior architecture while being internationally acclaimed for his work in furniture, lamps, small objects and unique one-off pieces from the 1950s to the present.

Aarnio studied at the Institute ofIndustrial Arts in Helsinki and started his own design practice in 1962. The following year, he introduced his iconic Ball Chair, a hollow sphere on a stand, open on one side to allow a person to sit within. The Ball Chair was introduced to the international public at the Asko stand at the Cologne furniture fair in 1966 and proved to be an instant success.

The similar Bubble Chair was clear and suspended from above. Other innovative designs included his Pastil Chair (a beanbag-like molded armchair) and Tomato Chair (a seat molded between three supporting spheres). His Screw Table, as the name suggests, had the appearance of a flat head screw driven into the ground. He was awarded the American Industrial Design award in 1968.

Aarnio’s designs were an important aspect of 1960s popular culture, and could often be seen as part of sets in period science-fiction films. Because his designs used very simple geometric forms, they were ideal for such productions. Eero Aarnio continues to create new designs, including toys and furniture for children. Many of Aarnio’s original designs are today manufactured by Eero Aarnio Originals, which was established in 2016.

Now, his work is displayed in the collections of the world’s leading museums and continues to appear in numerous films and exhibitions. According to him, ideas for products come about either purely from dreams and the imagination or from a desire to solve a problem or update a new product. Depending on whether the objective is purely a work of art or a utility object.

According to Eero Aarnio, a successful product opens up an immense chain of production in addition to its practical, aesthetic and form-related properties. “It begins with the suppliers of materials, employees, packaging staff, shipping, billing, marketing and many other minor things alongside them. It is about this, and this alone, even now in Finland – jobs must be created”, he points out.

PER KIRKEBY - PAINTINGS AND SCULPTURES AT THE LOUISIANA MUSEUM