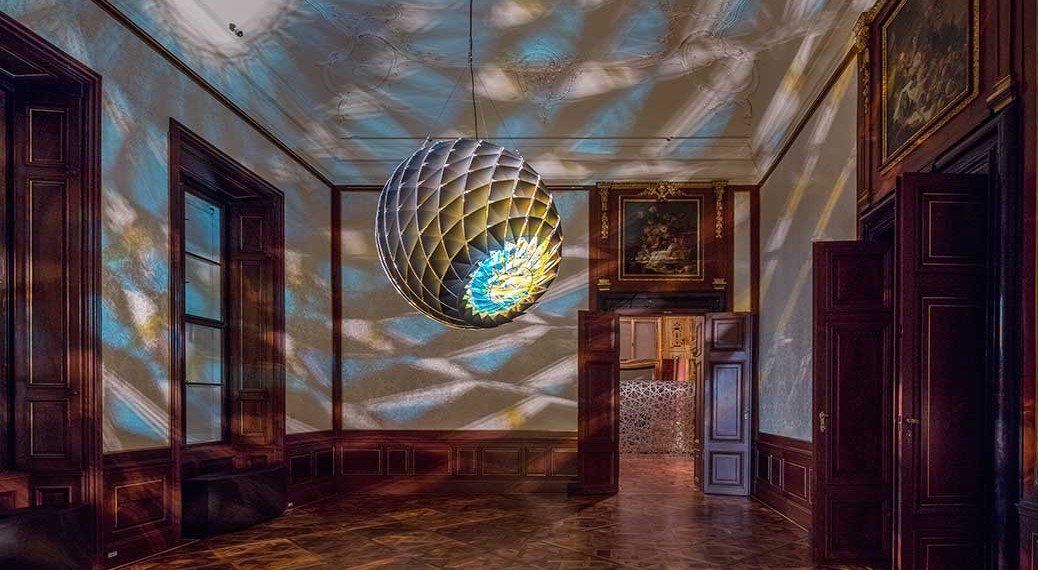 Like no other artist of his generation,  Olafur Eliasson questions our habits of perception highlighting the physical and material experience of artworks – mostly through site specific, monumental installations.  In this context he uses approaches from science, psychology and architecture in order to establish a relation between reality, perception and representation.

„Natural“ materials – like  water, air, mist or ice – are producing environments in which visitors simultaneously become active participants of his art. “Baroque Baroque” is a comprehensive solo show presenting key works of two important international collections as well as newly commissioned works at the Winter Palace of Prince Eugene at Vienna/ Austria.

The exhibition also explores the affinities between Eliasson’s work and the extraordinary baroque setting of the Belvedere’s Winter Palace. New site-specific interventions will activate and articulate the historical ensemble, establishing a dialogue between  baroque architecture and the modern aesthetic take on space and surroundings suggested by the artist.

Over the last decades, Eliasson has probed the cognitive and cultural aspects of seeing, stressing the relativity of reality. Transcending the confines of art, his heterogeneous, thought-provoking body of work ranges from discreet interventions to large-scale installations and employs diverse reference from the natural sciences, psychology, and philosophy to challenge the normative and internalized ways in which we perceive our surroundings.

The artist plays elegantly with visual illusion, with the ephemeral, with the material and the immaterial, using extroversion and introspection to resonate with cosmological ideas. His works relate  to notions of transformation and artifice inherent in the concept of the baroque. As an epoch of great turmoil, the baroque saw revolutionary optical and scientific discoveries as well as a blossoming of interest in phantastic and occultist ideas. The baroque is here understood as a prolific process of constant change in the midst of tension between light and dark, knowledge and speculation, and rationality and spirituality.

With the commissioner and original inhabitant of the Winter Palace, Prince Eugene of Savoy, being a visionary with magnificent taste and great interests in architecture, design, and art no better place could serve as a setting for “Baroque Baroque”.