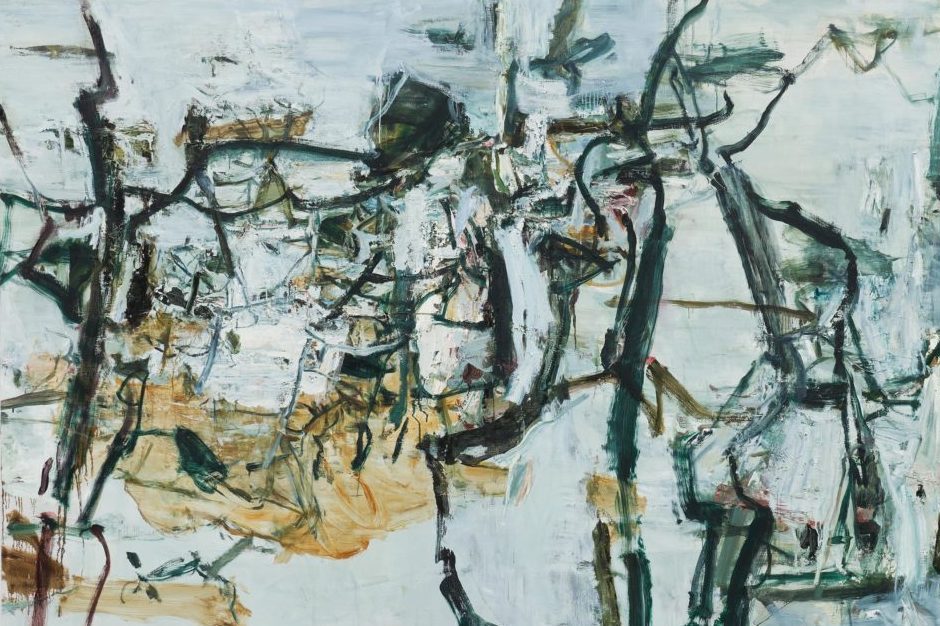 “Twisting and Turning” debuts a suite of new works never before exhibited and is on view at both premises of Lévy Gorvy Gallery, at 22 Old Bond Street as well as 40 Albemarle Street, London.

Featured are expansive paintings that occupy an expressive realm between landscape and abstraction, reflecting the atmosphere and influence of the rural area near where the artist resides. Tu Hongtao synthesizes Chinese aesthetic traditions with postwar abstraction to create painterly effects that are vividly realized and profoundly original.

As the artist explains: “I understand these words as espousing a certain aesthetic sensibility, namely, that painting ought not to be too neat and orderly, nor artistic production too decorative; both, rather, should involve a kind of friction, as with a blade against a grindstone.”

In the face of the uncertainty and global predicaments of the present, he has broken through with new forms of painterly expression in this new body of works.

Born in Chengdu, China, in 1976, Tu Hongtao was admitted to the affiliated high school of the Sichuan Fine Arts Institute in 1991. He later graduated with a specialization in oil painting from the China Academy of Art in Hangzhou in 1999. Completing his formal education on the eve of the millennium, the artist began his career during an era of swift transformation in his country—one that signaled the end of its collective economy and the rise of the market economy and globalization.

In addition to manifesting the anxieties of Tu’s generation, these early canvases established his ongoing engagement with cross-cultural histories of landscape painting. He continued with the Snow Forest series from 2006 to 2008, using the density of these landscapes as “both an abstract background and a real space,” in his words.

From 2008 to 2010, Tu reoriented his painting practice, veering further from his earlier Neo-Pop trajectory. Having studied calligraphy as well as both Eastern and Western painting traditions, he turned to Zhao Mengfu’s (1254–1322) theory of “applying calligraphy to painting” — a pivotal development that shifted the direction of traditional painting in the Yuan Dynasty.

Observing the abstract spirit of Chinese literati painting, Tu both examined the organically evolving relationship between image and formal technique and challenged the aesthetics of Western painting to which he was accustomed.

The artist frequently visited the mountainous Bifeng Valley in Ya’an, Sichuan, for inspiration during this period, adopting recurring motifs from the surrounding terrain. In the resulting works, Tu focused on the physicality of his brushstrokes and the “spirit of the ink” that generally permeates paper, incorporating the importance of “writing” a composition in lieu of merely illustrating an image.

The formal qualities of Tu’s picture plane evoke those of Qing Dynasty painters Shitao (Zhu Ruoji, 1642–1707) and Gong Xian (1619–1689). His paintings have gradually metamorphosed from incorporating a mimetic Western three-dimensional space to suggesting an illusionistic “inward psyche” that blurs reality and imagination.

Since 2010, Tu has presented increasingly complex compositions that repeatedly layer a single landscape, poetically rearranging the temporal expectations embedded in such a scene. Tu’s alma mater, the China Academy of Art in Hangzhou, has played an indispensable role in the history of modern Chinese art, nurturing figures such as Lin Fengmian (1900–1991) and Wu Dayu (1903–1988), pioneers of modern Chinese painting who integrated Chinese and Western styles.

As well as Zao Wou-ki (1920–2013), Chu Teh-Chun (1920–2014), and other second-generation Chinese artists in Paris, whose experiments in abstraction furthered the course initiated by Lin and Wu. Informed by this rich art-historical legacy, Tu’s imagery interrupts linear narratives and employs an expansive use of space in the context of Eastern and Western visual traditions, embodying a contemporary abstract lyricism all his own.