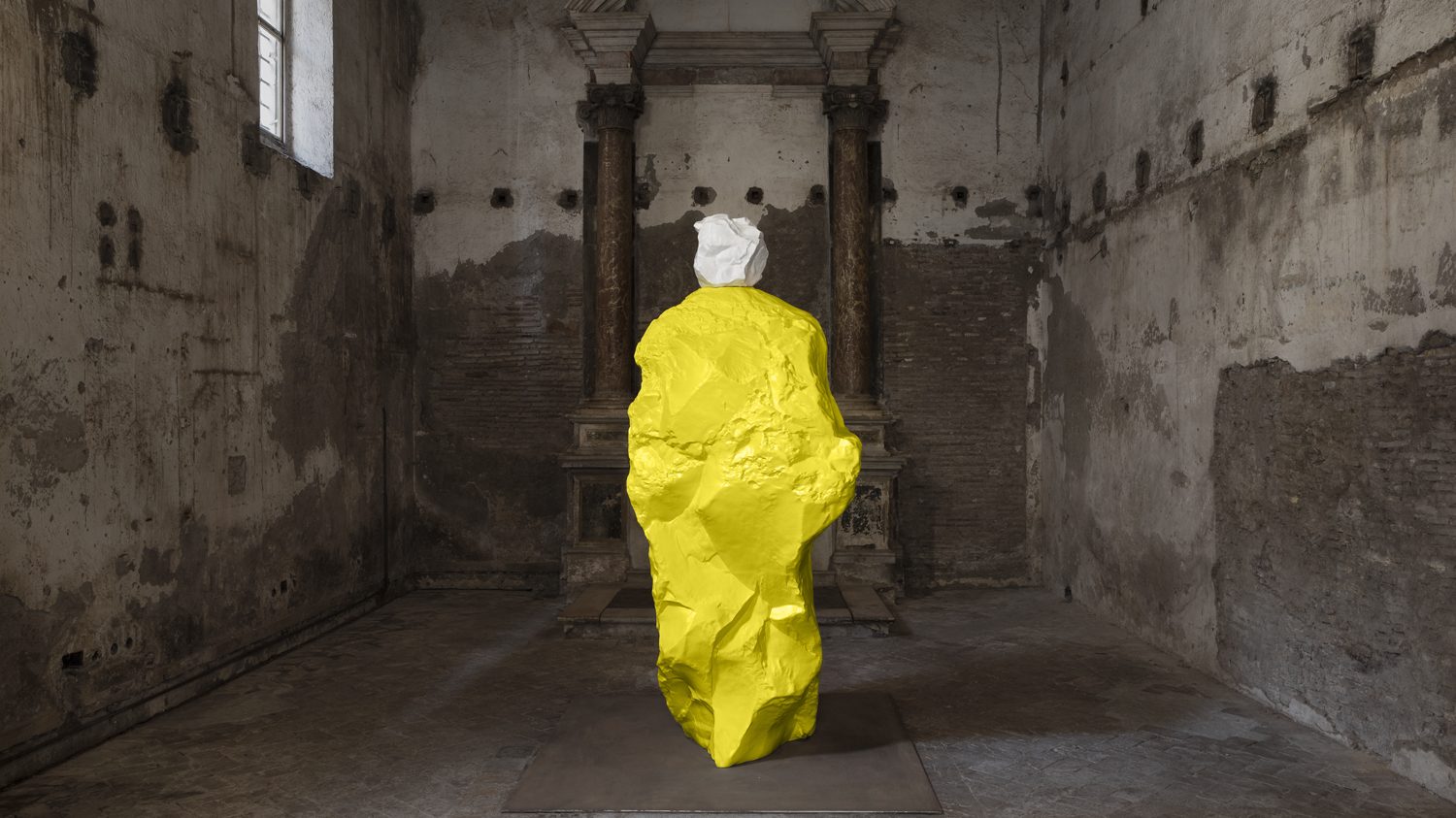 Rondinone has garnered international attention for his poetic, evocative work across a wide range of styles and media – often working on multiple ongoing series over many years.

The artist is primarily interested in conducting personal investigations of the way materials possess and dispense energy. Such concern is rooted deeply in Rondinone’s keen observation of social dynamics and the way an environment impacts the emotional register of a person, often by evoking deep memories.

Gaining prominence in the 1990s, Rondinone’s work was heralded both for its preternatural use of material and its open-ended, emotional content. His installations and series, exploring themes of nature and the shifting tonalities of a prosaic life, were immediately celebrated for their mastery of intertwining both personal and popular themes.

His latest series, titled nuns + monks, stresses once more the materiality of his sculptural oeuvre and is currently exhibited at Eva Presenhuber Gallery, Zurich, Esther Schipper Gallery, Berlin, as well as at Sant’Andrea de Scaphis, Rome.

Referring to nuns + monks Rondinone states: “Stones have been a presence and recurring material and symbol in my art. They are the subjects of the stone figures that I began with the monumental Human Nature installation at the Rockefeller Plaza in 2013, followed by Seven Magic Mountains in the Nevada Desert in 2016. Both groups are the study and enjoyment of naturally formed stones as objects of beauty and contemplation, and in turn generate personal, meditative states of looking in which the boundaries between the outside world and internally visualized spaces break down. In doing so, I make sculptures of what it means and feels like to see, whether this is understood to be a physical or metaphysical phenomenon.”

nuns + monks will continue to address the dual reflection between the inner self and the natural world. Just as the external world one sees is inseparable from the internal structures of oneself, nuns + monks allows such layers of signification to come in and out of focus, prompting the viewer to revel in the pure sensory experience of color, form, and mass while simultaneously engender in an altogether contemporary version of the sublime.”

Another iconic series is the Mountain sculptures – mediating between geological formations and abstract compositions. They consist of rocks stacked vertically on concrete plinths in groups ranging between two and six. Inspired by naturally-occurring Hoodoos (spires or pyramids of rock) and balancing rock formations, the stacks also evoke the art of meditative rock balancing.

Each stone is painted a different Day-Glo colour, with the sculptures’ titles referring in Minimalist vein to their component pigments. The works appear poised between monumentality and collapse – seeming to defy gravity in their teetering formations, but equally to depend on it, bearing down like unsteady pillars on their concrete plinths. Stark physicality collides with painterly abstraction – each Mountain is caught between rugged literalism and metaphorical potential.

As a group, they invoke parallels as divergent as the stacked totems of Barbara Hepworth and the paper cut-outs of Henri Matisse. Many veer towards anthropomorphism, suggesting figures in crouching poses or gesturing attitudes, while others abruptly resist any such associative reading.

Born in 1964 in Brunnen, Switzerland, Ugo Rondinone lives and works in New York. He works with mixed-media installations that include sculpture, painting, video, sound, and photography.