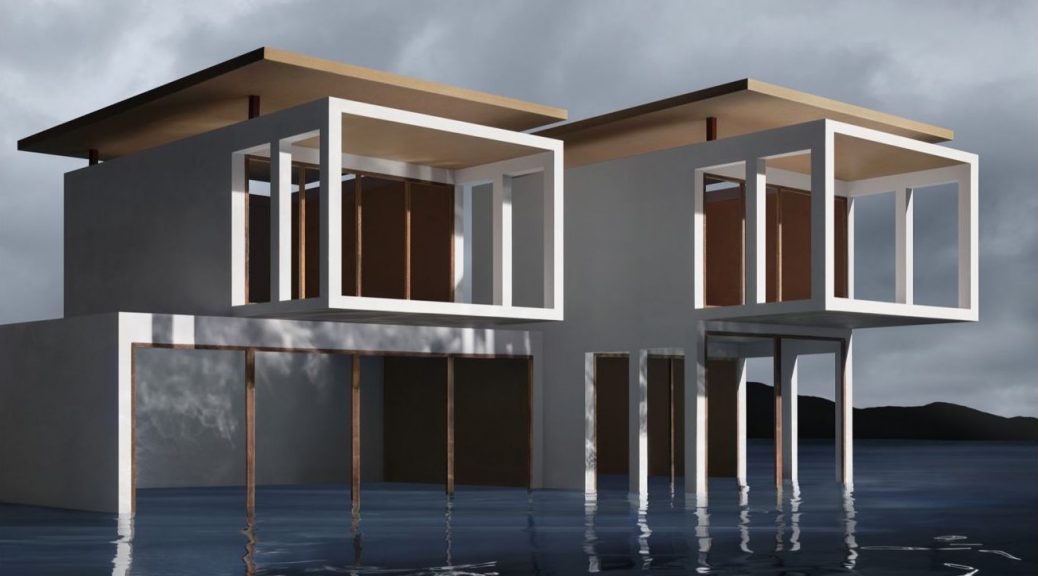 James Casebere returns to Sean Kelly Gallery New York showing “On the Water’s Edge” – a stunning new series of images in continuation of his ever-evolving exploration of form at the intersection of architecture, sculpture and photography.

In previous, well-known bodies of work, the artist depicted buildings and interiors based primarily on extant structures; this series, however, is distinguished by a marked change in Casebere’s conceptual approach. To create these salient new images, Casebere became the architect, often designing and building the structures he produced and then photographed.

Over the course of forty years, James Casebere has developed a unique and increasingly complex language of “constructed photography” in which he builds structural models, which he then lights and photographs.

Based on art historical, cinematic and architectural sources, his table-sized constructions are made of simple materials and pared down to essential forms. Throughout his practice, Casebere’s images have expanded to accommodate his exploration of different aesthetic and technical challenges. In this new body of work, Casebere continues with a nod to the influence of Barragán, but also architect Paul Rudolph in his visionary mid-century modern Florida homes and later shift to Brutalism. In these images, Casebere re-imagines both the context and the content of the original structures.

The works in this series are hybrids of public/private spaces. Geometrically designed edifices rendered in a rich and vibrant palette; these buildings appear simultaneously concrete and abstract; they are open, even unfinished buildings of the sort that provide sanctuary, such as beach houses, cabanas, bathhouses.

Neither utopian nor dystopian, these images are meant to inspire an appreciation of pure beauty coupled with a twinge of uncertainty. Indeed, in these unmoored, flooded pavilions, Casebere sees human ingenuity in the face of global warming. Acknowledging the imminent unknown future these pictures embody, he also insists that we “can’t afford to throw our hands up in…resignation.”

In fact, Casebere acknowledges that these structures are about tenacity, adaptation, ingenuity, and perhaps, optimism, describing them by saying, “there is such a playful atmosphere to them. It feels like an expression of the indomitable human spirit. These things could be rising out of the water like the first creatures to emerge from the sea and live on solid ground.”