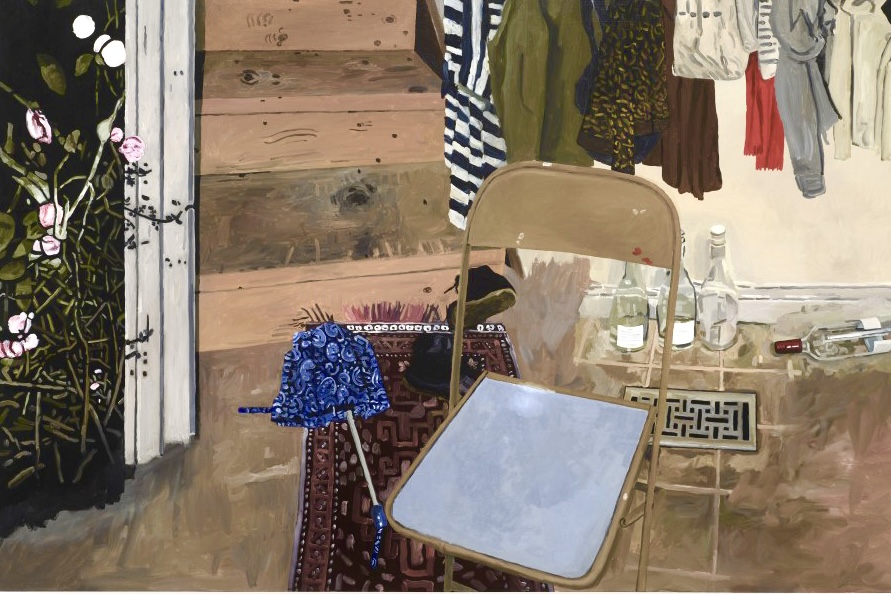 Margaux Williamson’s paintings can be seen as a re-invigorated form of figuration. In her works, characterised by a sense of interiority and intimacy, Williamson explores how the visual markers of daily life can frame and refract experience.

Devoid of protagonists, her subjects include domestic interiors, still lifes and nature close to home, which reveal, through an expressive rendering of the things around us, the strange within the familiar and the surreal within the banal.

The paintings are predominantly dark in tone, depicting spaces illuminated by strong directional, artificial light or the eerie glow of night. ‘There is something about light that’s removed from its source […] of having your back to the sun or the day but to still hold the glow or some version of its life’, the artist says.

Qualities of light and degrees of luminosity can often change across the canvas surface, suggesting an indeterminate time or place. By painting one scene in a particular condition of light or time of day and then adding to it with an altogether different mood, Williamson attempts to inscribe time through paint. ‘I had always loved paintings, as they could provide more space, but how great to see that they could also provide more time,’ she has remarked.

Williamson is guided less by the pursuit of representation than by what she calls the ‘forceful logic of a painting’. Suspended between myriad viewpoints, we simultaneously look at, above and over her subject matter.

Casting a fleeting moment, her imagery is perceived atmospherically; objects isolated, almost totemic, within varying times of day and temperatures, or competing perspectives. This elision, between the real and the imagined, is underpinned by painterly effects in which precisely rendered details give way to expressive brushwork.

Such changes in textural treatment contribute to an awareness of something in flux or ungrounded, a shifting away from pure figuration and towards a state of near-abstraction.