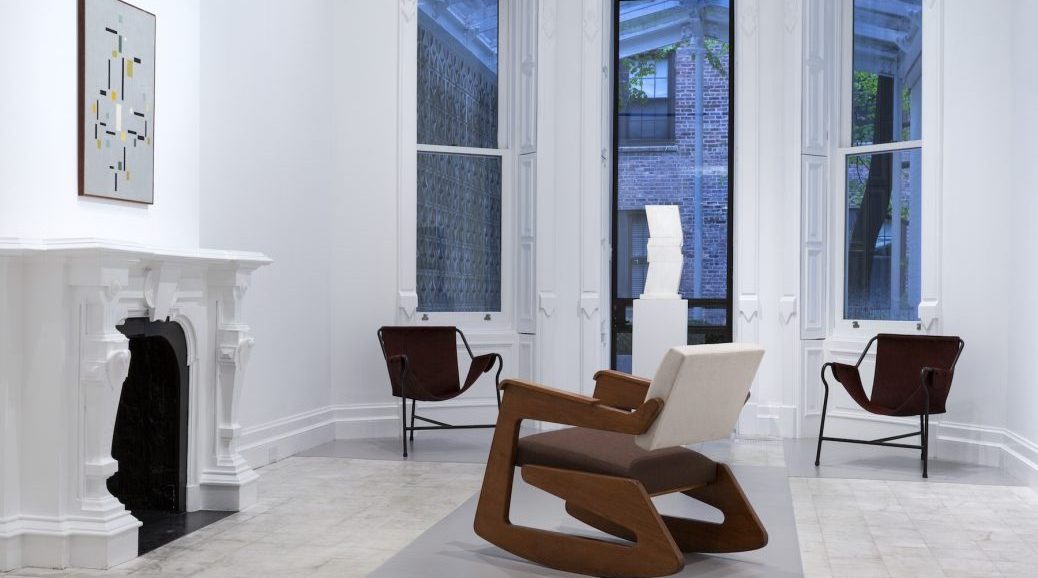 Best known for her prolific career as an architect and designer, Lina Bo Bardi dedicated herself to art’s emancipation from the predilection for western modernism in favor of the combination of contemporary formalism mixed with regional vernacular. Bo Bardi’s work represents the creative and social modernity throughout Mid-Century Brazil, an era characterized by cultural and artistic experimentation, and this exhibition demonstrates her important place in history.

Born in Rome in 1914 and educated at the University of Rome’s School of Architecture, Achillina Bo began her career in Milan, where she worked in collaboration with fellow architects such as Carlo Pagani and Gio Ponti, and later started her own architecture firm. In the aftermath of World War II, the artist and her husband, Pietro Maria Bardi, closed their practice in Italy and travelled to Brazil, which became their permanent home soon thereafter.

It was in São Paulo that Bo Bardi opened her renowned architecture firm. While in Brazil, she began to incorporate furniture design into her work, and in 1948 founded her design practice, Studio de Arte e Arquitetura Palma, with fellow Italian architect Giancarlo Palanti, which marked one of the many breakthrough moments of her career. Throughout her life, Bo Bardi established herself as a figurehead of modern design, constructing countless private and public spaces, most notably the São Paulo Museum of Art (MASP) and the SESC Pompéia, a former barrel factory transformed into a large cultural and sports center. Transcending western and European dominance prevalent throughout traditional design practices, Bo Bardi discovered a renewed vitality in the natural logic of Brazilian design and honed her unique approach to the built environment.

Bo Bardi translated her architectural expertise and inspiration from her Brazilian surroundings into the iconic designs for which she is most prominently known to this day. Her artistic practice, rooted in the tenants of functionality and accessibility, mimics the natural and cultural beauty she experienced in Brazil. Her designs celebrate the reduction and rawness of nature, the former in the use of natural Brazilian woods, and the latter in their simplistic and practical shapes. As both an architect and a designer, Bo Bardi bridged these practices in her holistic approach to construction, realizing both the interiors and exteriors of her most acclaimed projects, the most well-known being MASP. A highlight of Gladstone Gallery’s exhibition includes the original MASP chairs designed for the museum’s auditorium. Each chair, made of Jacaranda wood and leather upholstery, is foldable and stackable, exemplifying Bo Bardi’s emphasis on functionality.

This exhibition demonstrates Bo Bardi’s creation of a liberated modernism, imbued with the cultural, natural and spiritual fabric of Brazil. Alongside this exhibition of important pieces by Bo Bardi and Palanti is a carefully considered selection of work from some of Brazil’s most significant modernist artists who worked around the same time as Bo Bardi and Palanti, some of which were included in the Grupo Frente. This presentation includes artists such as Hercules Barsotti, Sergio Camargo, Aluísio Carvão, Lygia Clark, and Alfredo Volpi.

NENDO - DESIGN AND ARCHITECTURE WITH A PLAYFUL TWIST