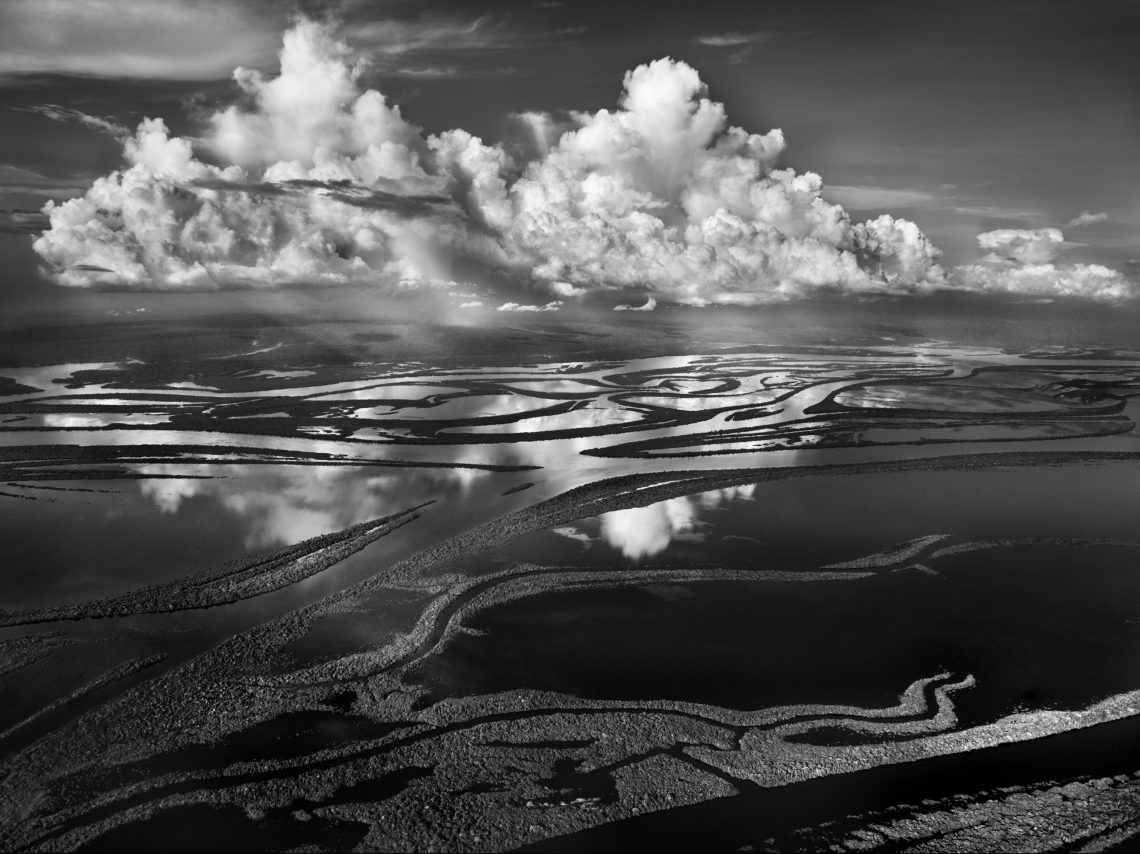 In an aesthetically impressive, large format series photographer Sebastiao Salgado shows us the overwhelming result of an exraordinary expedition: the goal was to raise people’s awareness for the preciousness of the last untouched corners of the earth. With “Amazônia” Salgado appeals once more to civilization to preserve our planet in all its original and fascinating diversity.

This epic project is currently on view at Peter Fetterman Gallery, Santa Monica, being scheduled to travel on later this year and next year to major museums in São Paulo, Rio de Janeiro, London and Rome. In addition to “Amazônia” works from Salgado’s previous reportages, including “Genesis” and “Other Americas” amongst others are also shown.

Salgado has ventured into the Amazon since the 1980s, fostering relationships with some of its tribes, of which there are 188 in Brazil alone. Some, like the Yanomami, he has returned to over decades, while he has enjoyed privileged access to others, becoming the first non-indigenous person to visit every village of the Zo’é people, Salgado says.

For “Amazonia” he spent nine years and 48 trips disappearing into the forest for weeks, sometimes months at a time, returning with new stories and feelings of communality. “When we come to work with these tribes, we come home,” he says.

Even if the Amazon in his photographs appears pristine, Salgado rues the rainforest already lost. “For a long time, we’ve built our society based on natural resources. We’ve destroyed,” he says. “We must protect what we didn’t destroy. We must be smart enough to survive.”

46 percent of the land mass on earth is as intact as on creation day, having scarcely changed throughout the history of the earth. Within the space of eight years, Sebastião Salgado has undertaken 32 journeys in these regions in small propeller-driven aircrafts, on foot, by boat, in a folding kayak and a captive balloon. He has travelled through climatically extreme zones with rough terrain, far away from any civilization. In terms of content, Genesis has been divided into five chapters: Planet South shows the Galapagos Islands with sea lions, cormorants and penguins, as well as wales in the Antarctic and the South Atlantic.

In Sanctuaries, Salgado travelled through isolated zones with a rich diversity of species, such as Madagascar, Sumatra and West-Papua, portraiting the inhabitants of the Mentawai Islands, as well as the Korowai tribe. In Africa he moved between big game, undulating dunes, lava and the Okavango River, as well as amidst the Dinka nomads in Sudan.