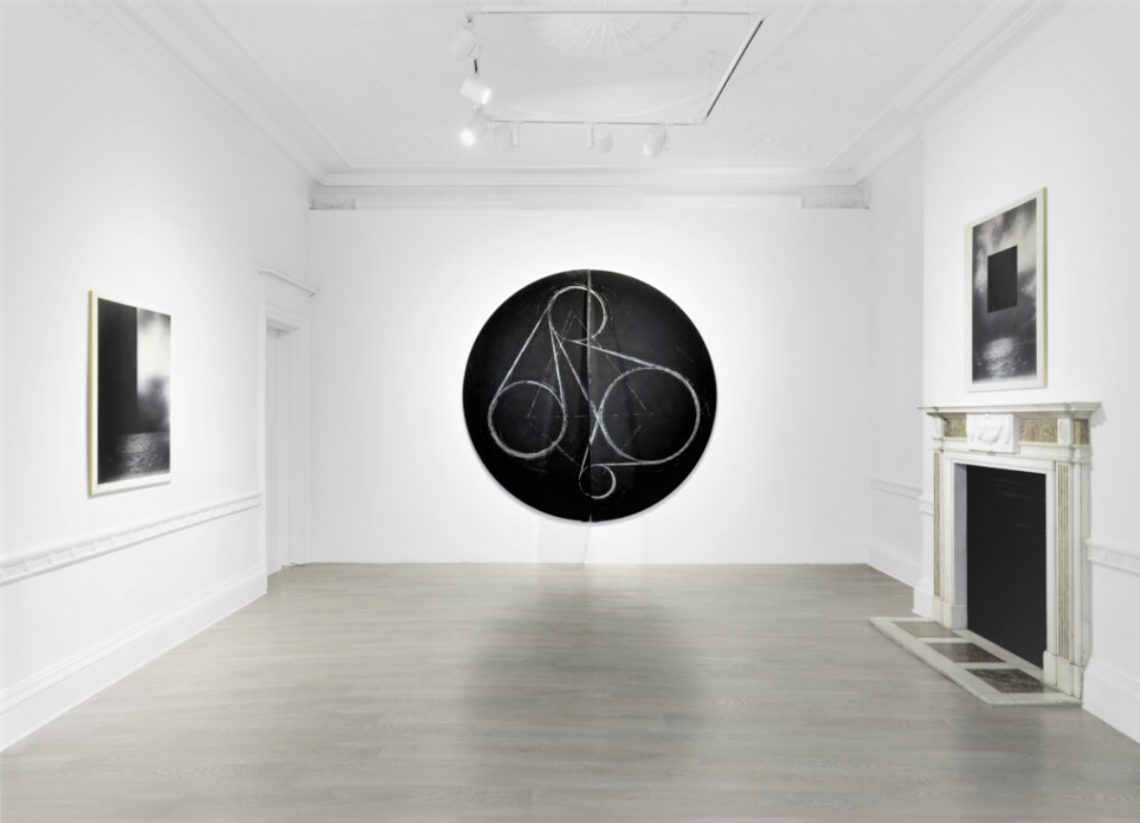 Featuring over 150 works in an allegorical journey this exceptional show by Italian artist Marco Tirelli at Cardi Gallery London includes drawings, paintings, photographs, and small sculptures, many of which have been produced for the exhibition.

A member of the New Roman School in the 1980s and 1990s, Tirelli was trained in set design. The artist’s background, paired with the visual complexity of the layered histories surrounding him in his hometowns of Rome and Spoleto have deeply informed his highly personal and allegorical vocabulary of memories.

His works populate a complex visual archive, one that the artist has been systematically building over time since his early childhood. They activate mental realms of cultural recollection, collective memory, and conventional conceptions of value representation through the webs of associations and connotations they are capable of unleashing.

Geometric shapes, elements from tha natural world, manmade tools and pieces of machinery, architectural forms, objects from the everyday world, all meet in his compositions characterised by a strong tension between illusion and reality, between light and darkness.

Tirelli began to exhibit in the 1970s, when together with the artists of the so-called New Roman School he moved to the spaces of the former “Pastificio Cerere” in San Lorenzo. In 1982, he participated in the Venice Biennale for the first time as part of Achille Bonito Oliva’s and Harald Szeemann’s “Aperto 82” section. He would later exhibit at the Biennale a second time in 1990 and a third in 2013 as part of the Italian Pavilion where he presented his large scale installation of the “Studiolo”.

Tirelli is a member of the Accademia Nazionale di San Luca, of which he will be president in 2023, and of the Academy of Virtuosi of the Pantheon. His works are part of the collections of some of the most important national and international museums and institutions: MAXXI Museo Nazionale delle arti del XXI secolo, Rome; La Galleria
Nazionale, Rome; MARCO Museo d’Arte Contemporanea, Rome; The Albertina Museum, Vienna; Mumok, Museum Moderner Kunst Stiftung Ludwig, Vienna; Kaohsiung Museum of Fine Arts, Taiwan.