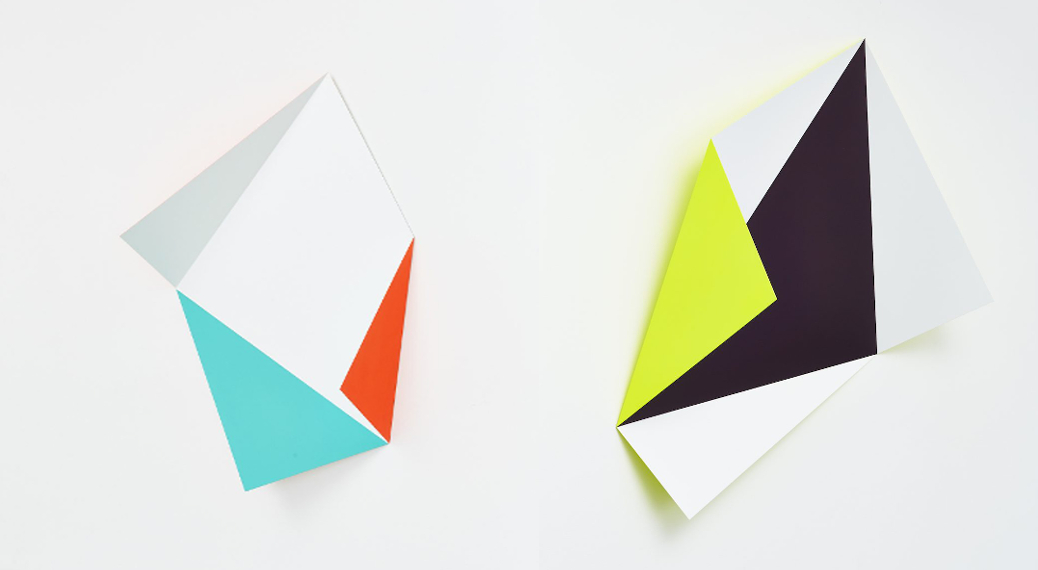 The work of Rana Begum – especially her sculptures and wall pieces – evoke the vocabulary of classic modernism: Constructivism, Suprematism and Minimalism. Blackqube Magazine visited the Bangladeshi born, London based artist in her studio discussing about what drew her to the reduced form and instigated her ongoing exploration in the nature of colour as well as how she sees the development of her body of work and where she’s heading to in the future.

BLACKQUBE FEATURED: RANA BEGUM
“An experience of calm and exhilaration simultaneously is what I try to capture in my work.” – Rana Begum –
Rana Begum Studios

Speaking of her work – be it in terms of content, concept, composition or the choice of media and material – Rana Begum points out that the very essence of her approach is form, colour and geometry. Out of these three elements she has managed to form a convincingly diverse aesthetic vocabulary that has come to broad attention and acclaim over the last years, resulting in recent shows at Parasol Unit and Delfina Foundation, London, as well as public art commissions at Kings Cross London and Westgate Oxford.

Her two and three dimensional works and installations speak a language of spacial sophistication and visual awareness. Inspiration comes from the urban environments she’s now embedded in as well as from childhood memories recalling a calm and meditative world informed by geometric patterns of traditional Islamic art and architecture. Begum stresses her fascination with the properties of light, colour, material, movement and form that has been existent since the very beginning of her career.  She has so consistently focused on theses properties that they’ve finally become the true hallmark of her sculptures and reliefs. Her work masters all registers of repetition, conceptual variation, aesthetic rhythm and uses different scales and materials to experiment with the way shapes and colours interact with the space around them as well as with the audience’s perception.

Sharp lines are meeting with softly diffused light, colours are shifting between bright, even verging on neon, and dusty pastel. Applying her prime formal entities of fold, bend and layer in a specific way she manages to elicit both a two and three dimensional effect of her artwork that is in addition animated by changing form and palette according to the standpoint of the viewer.

Still she keeps reflecting on how to take her key parameters further by developing projects of unexpected or synaesthetic experience: coinciding with her exhibition at Parasol Unit she collaborated with sound artist Hyetal in an audio-visual installation merging wall pieces, kinetic light and work specific sound that was designed to activate the senses of viewers on various levels.

Another example for new ways to go is a large outdoor sculpture the artist has been commissioned with at London’s Kings Cross Station and adjacent Cubitt Square: titled “No.700 Reflectors, Cubitt Sq. 2016″ this work runs over the full length of Lewis Cubitt Square – measuring 50 metres long and three and a half metres high. Its 35.000 reflectors create a surface of highly saturated colours that are constantly shifting in a 3D op-art like sensation.

Begum notes that these commissioned outdoor projects do indeed pose a challenge in terms of sheer size and technical implementation but are on the other hand a necessary and rewarding step forward in order to test limits and probe the formal potential of her ideas.

Biographical Notes // Rana Begum received her Fine Arts Degree in painting from the Chelsea College of Art and Design and her Master of Fine Arts in painting from the Slade School of Fine Art, in London, where she currently lives and works. She  has held several solo exhibitions, including Rana Begum: The Space Between, Parasol Unit, London, UK (2016); Towards an Infinite Geometry, Jhaveri Contemporary, Mumbai, India (2015); Future Light, Vienna Biennale 2015: Ideas for Change, MAK-Museum of Applied Arts, Vienna, Austria (2015); Dhaka Art Summit, Dhaka, Bangladesh (2014). Her works have been acquired by international institutions and foundations. Rana Begum is represented by galleries Jhaveri Contemporary, Mumbai; Christian Lethert, Cologne; The Third Line, Dubai.