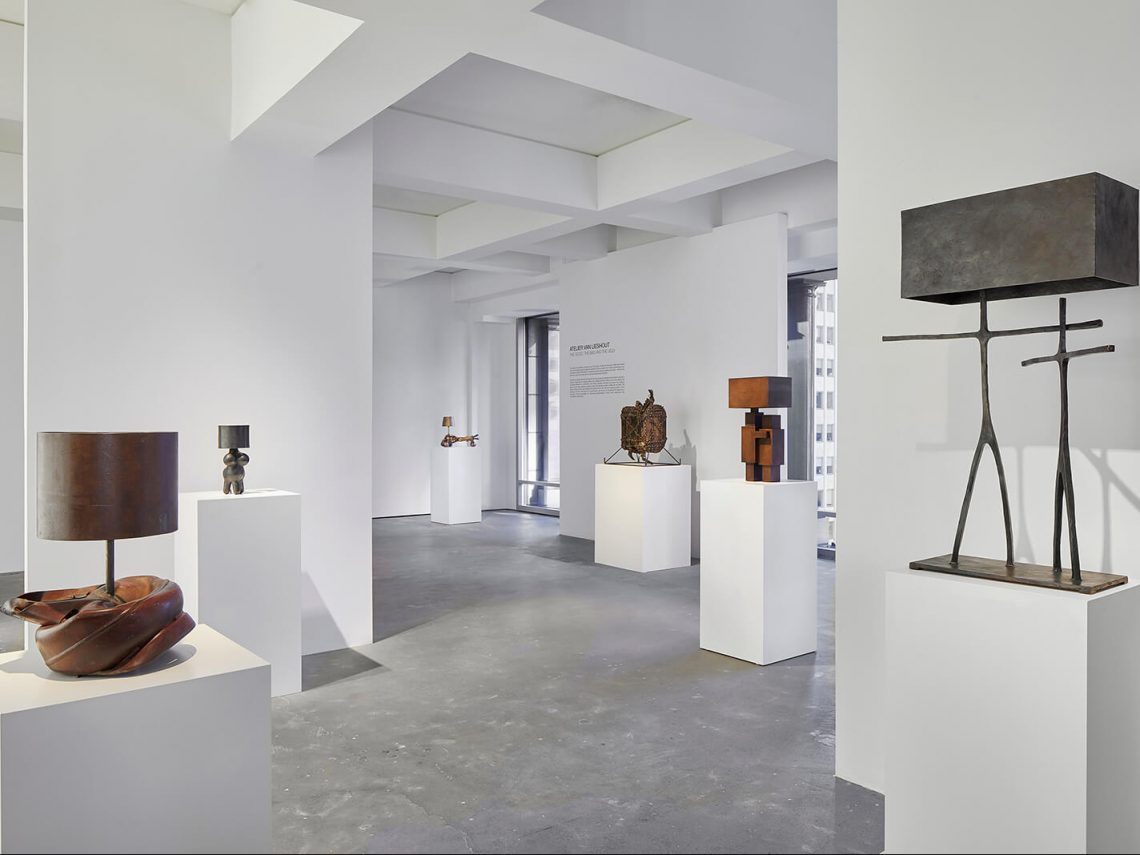 The tropes and aesthetics of Sergio Leone’s film The Good, the Bad and the Ugly (1966) have inspired much of the identity Joep Van Lieshout invented for his art practice. The eponymous show is now on view at Carpenters Workshop Gallery in New York. Artworks on display are Minimal Kiss Lamp, Bambino Lamp, Humanoid, Domestikator Lamp, Jewel, Venus Lamp, Technocrat Bronze Coffee Table, Embrace, Deer Lamp and others.

From frontier independence and a Darwinian survival-of-the-fittest, to heightened gender roles and violent tonal shifts — the film has become an apt lens through which to view the perspectives he sculpts. Van Lieshout’s work often revolves around the theme of humans in their environment and the interplay between utopias and realities.

The process of how humans want to improve and control the world with ingenuity, creativity, sophistication, technology and persistence. It started with agriculture, followed by the industrial revolution, and now new technologies, like artificial intelligence, genetic manipulation, robotics, and industrial farming. Van Lieshout look at how we push our ethical borders without any real understanding of the long term effects.

Sculptor Joep van Lieshout was born in 1963 in Ravenstein, The Netherlands. He is the progenitor of AVL-ville, a self-sufficient free-state in the port of Rotterdam named after the studio he founded in 1995. For three decades van Lieshout has produced work that straddles art, design, and architecture; sharing recurring themes of systems, power, life, sex, death, and the human individual amidst the greater whole. "A NEW VISION OF LIVING" HABITAT '67 REFURBISHED BY SAFDIE