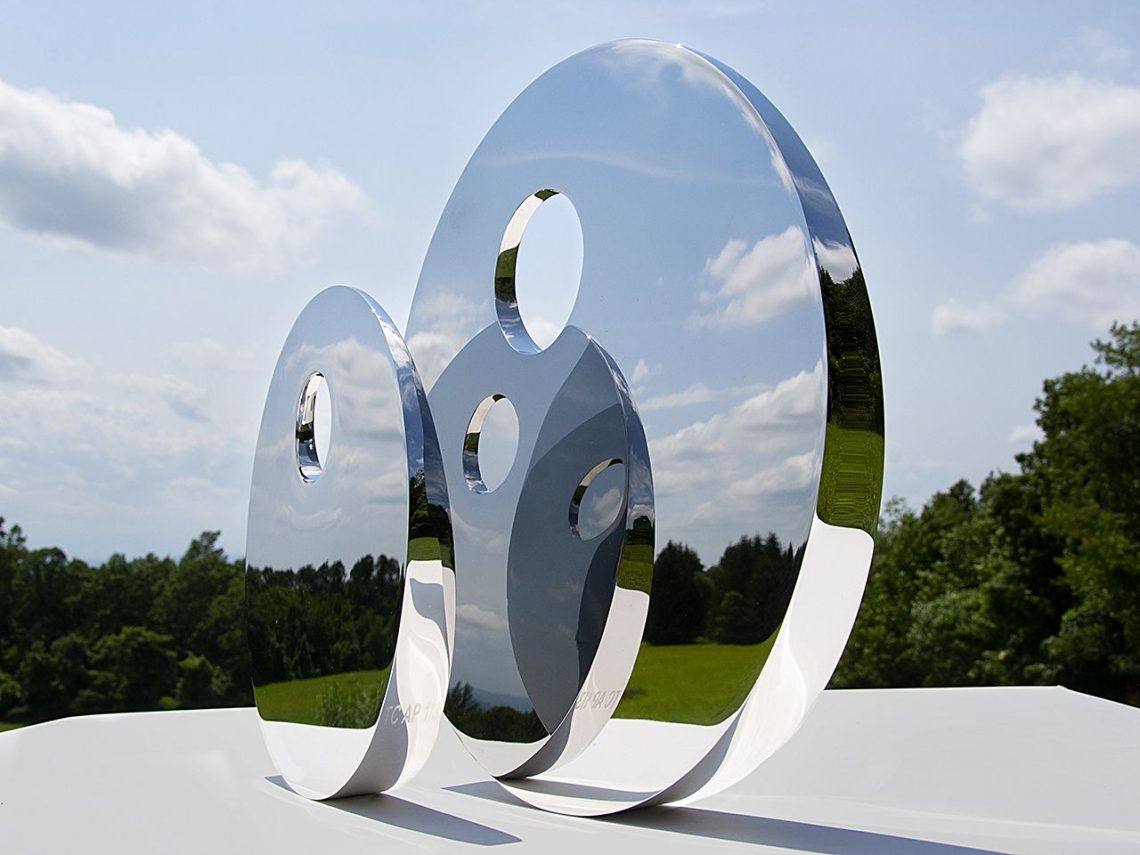 In both architecture and sculpture, Currimbhoy searches for tranquility, simplicity and tactility, expressed in purity of both form and material. Inspired by ancient architecture of building blocks resting on each other in tension and compression, the artist’s sculptures began as “stories of structure and gravity”, held together under compression in stone. These became the genesis for studies in metal, which could express these concepts in dynamic fashion and sensual form.

Tarik Currimbhoy has mastered the juxtaposition of the old and the new, using handcrafting and ancient casting techniques to create sculptures that are modern and minimal in form. His design work has been published internationally and his sculptures may be found across the world in public spaces as well as corporate and private collections.

Currimbhoy was born in Mumbai, India and currently lives and works in New York City. Tarik’s father was a playwright who would visit America where his plays were staged on Broadway and bring back toys for Tarik that had to be constructed. This is when Currimbhoy learned to love to build and design things. Currimbhoy came to New York to attend the Pratt Institute to be a painter but he found that sculpture appealed to him more. He studied and received a Bachelor of Fine Arts from Pratt with a major in Industrial Design.

He then attended Cornell and received a degree in Architecture where one of his inspirations was Luis Barragán, the Mexican Architect/Sculptor. He later went on to teach at both of his alma maters (Drawing at Cornell and Design at Pratt). Classically trained in the arts, industrial design, and architecture, Currimbhoy is a trifecta of artistic prowess.

Currmbhoy is an architect by profession with offices in New York and Mumbai. His design work has been published internationally and his sculptures may be found across the world in public spaces as well as corporate and private collections.

Currimbhoy has created and co-designed some monumental sculptures and buildings – including the headquarters for McKinsey & Co. in Gurgaon, India; The Ellipse at the Omi Sculpture Park in upstate New York; The Raincatcher, an observatory installed in a private estate in New York; a 30,000 square foot Italian Renaissance style Mansion in Jaipur, India; and the Aura Skyscraper in New York.