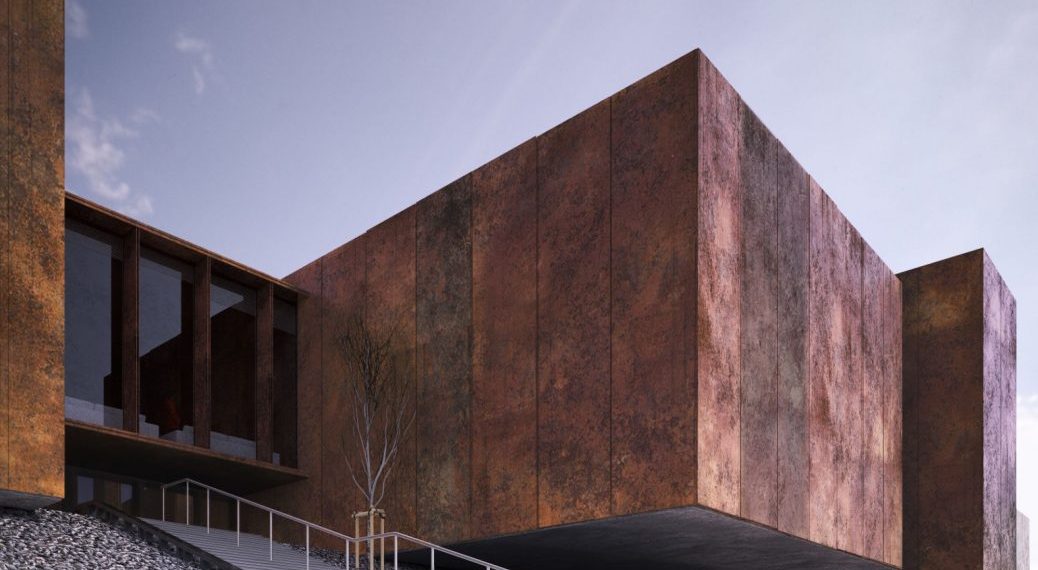 2017 has been a decisive year for Catalan practice RCR Arquitectes winning the prestigious Pritzker Prize and celebrating its to date most impressive project – the Musée Soulage, a museum dedicated to an icon of French contemporary art: Pierre Soulages.

A leading figure of abstract art, Pierre Soulages has created more than 1,500 works of art and held countless exhibitions around the globe. It is to Rodez, his birthplace, that he has made two donations comprising nearly 500 paintings representing all of his work, from post-war oil paintings to his phase of work called Outrenoir.

The colour black defines Soulages’ world but the Rodez museum will prove that his world is not just confined to black. However, the seriousness of Soulages‘ palette and his reduced forms have undoubtedly set the tone for the architectural concept of the museum building. RCR Architectes have found a perfect language to translate the spirit of Soulages‘ artwork into their design. Catalan RCR Arquitectes partnered with Passelac & Roques Architects and Grontmij and Thermibel design offices to create the 6,600 m² museum and is resolutely in tune with the times. Its succession of cubes covered with glass and weather-resistant Corten steel, highlighting shades of rust, corresponds harmoniously with the surroundings. Passageways and openings offer various views of the gardens, the town and, in the distance, the Aveyron mountains.

Rafael Aranda, Carme Pigem and Ramon Vilalta, under the name of “RCR Arquitectes”, have been working together since 1988 in Olot, Catalonia. They pay careful attention to the geographical location and surrounding scenery. A quality , for which their work was awarded several times. Although devoted to a single artist, Musée Soulages sees itself also as a place in which to discover the techniques and mainsprings of artistic creation: Soulages’ creation of the stained glass windows in Conques for example forms the core. And it sees itself as a museum in motion with a vast temporary exhibition room being designed to host events of both national and international dimension on themes of modern and contemporary art, architecture and the creative field in general.

"THE LOWER EAST SIDE" - Iconic Portraits from the ICP Colletion