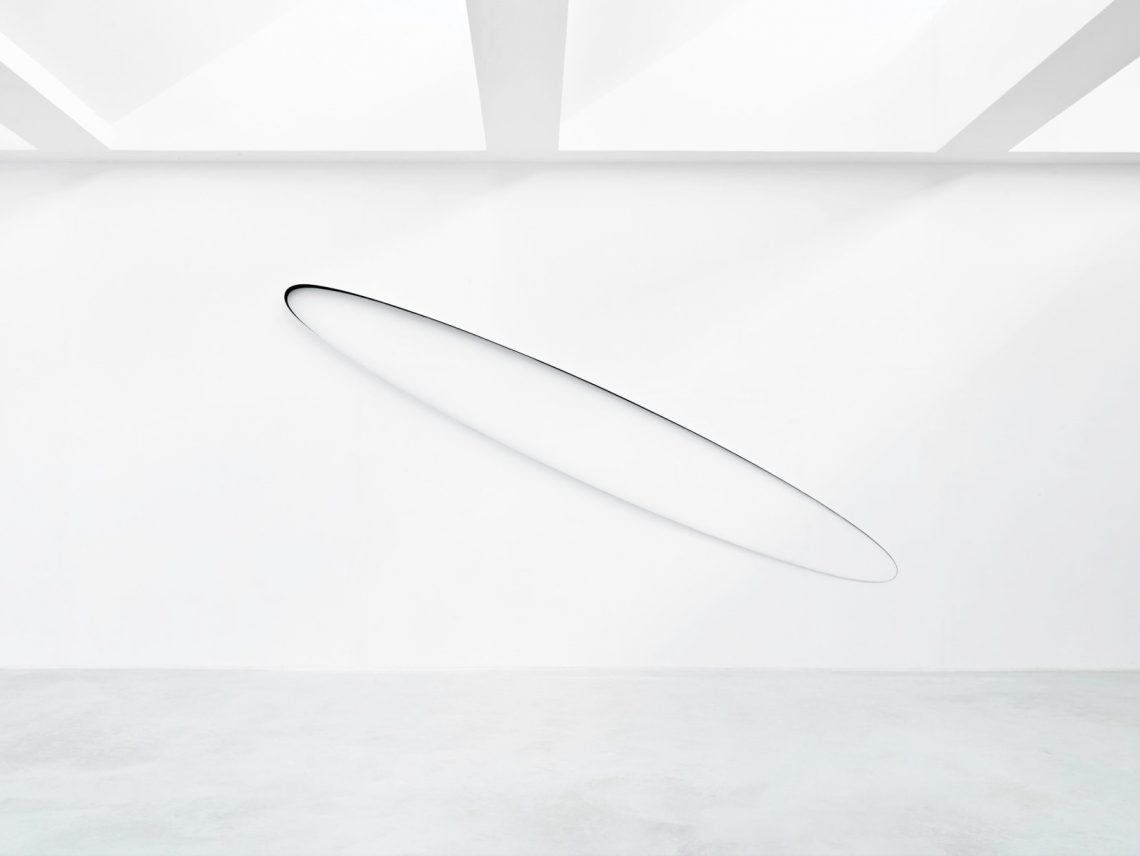 Otto Boll is an artist who operates from an expressly minimalist sensibility. His works are acutely reduced forms of steel that hover in space, almost cutting through it. Suspended by barely visible nylon threads, these sculptures — lines drawn in the air — seem to float, and inhabit the area and space overhead. Using 3 mm strips of steel, he sharpens the tip until he achieves a point so fine that its outer limit disappears.

Thus, the artist is capable of shaping visual statements that linger precariously on the edge: the works oscillate between presence and absence, the seen and the unseen, suggesting both materiality and the void. The artist is thereby able to unsettle the viewer’s conception of solidity.

Articulating something which appears to be almost lighter than air, Boll invites us into a state of (possibly uncomfortable) contemplation. One needs to walk around and under the work — in line with minimalist premises — in order to attain a more “complete” experience of the sculptures. The works are in fact sculptural events that are activated by the viewer’s real-time multisensory perception.

It’s not only the form and fine subtlety of Boll’s sculptures that fascinates but also how they manifest themselves in space: apparently floating on nylon threads or with a fine chalk line against a black background; as subtle eruptions from the surface of the wall or as robust articulations of the contours of its surroundings. The works radiate tranquillity and harmony, discreetness and preciseness, and with characteristic forms that seem to hover in space.

Boll’s creations oscillate between presence and absence, the seen and the unseen, suggesting both materiality and the void. The artist invites the viewer into a sculptural event, the conception of solidity fading. The minimalist sensibility appeals to human feeling, the bodily sensation.

More on sculpture
More on art and photography

JANAINA TSCHÄPE "BALANCING INTO THE DEEP" AT SEAN KELLY GALLERY