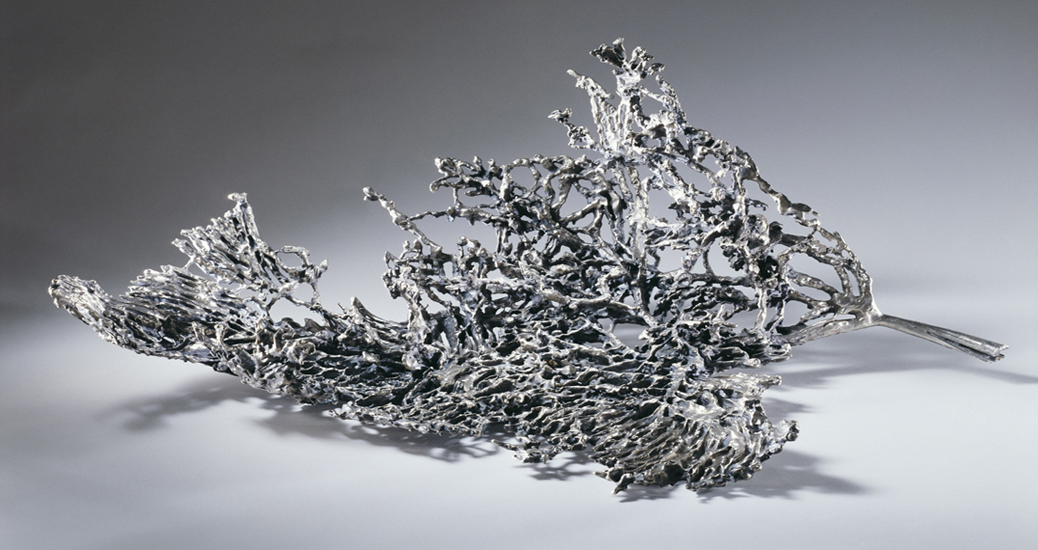 Michele Oka Doner’s work is fueled by a lifelong study and appreciation of the natural world, from which she derives her formal vocabulary. Her work encompasses materials including glass, bronze and silver and in a variety of scales she mirrors the world around her – from the small and intimate to the large and magnificent.

Michele is well known for creating over 35 public art installations throughout the United States and in Europe, including Radiant Site at New York’s Herald Square subway (1987), Flight at Washington’s Reagan International Airport and A Walk on the Beach at The Miami International Airport (1995-2010) which features 9000 bronze sculptures inlaid over a mile and a quarter long concourse of terrazzo with mother-of-pearl – it is one of the largest public artworks in the world. Michele Oka Doner has created collaborative collections with Steuben in glass, Christofle in silver and Nymphenburg in porcelain. Her public art projects can be found in courthouses, public libraries, hospitals, museums, universities, as well as in public parks and transportation centers in the United States. She is currently working on designing the costumes and sets for George Balanchine’s A Midsummer Night’s Dream for the Miami City ballet which will debut in March 2016. A solo exhibition of her work will be shown in 2016 at the Perez Museum of Art Miami.