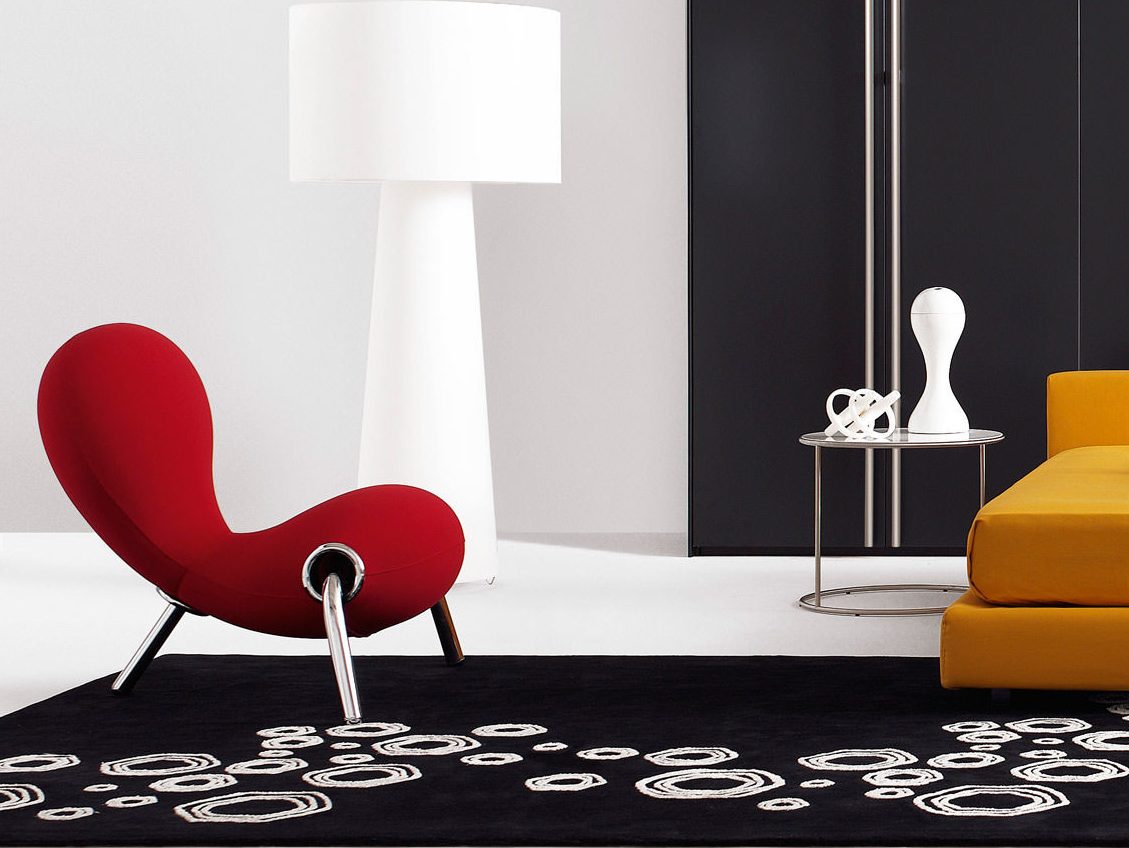 Newson approaches design as an experimental exercise in extreme structure and advanced technologies , combined with a highly tactile and exacting  exploration of materials, processes, and skills. As an industrial designer, his reach is broad and diverse, from concept jets and cars to watches, footwear, jewelry, restaurants, and aircraft interiors. Since the outset of his career, he has also produced beautifully crafted, limited-edition furniture, including the iconic Lockheed Lounge (1986). In a world where the distinctions between art and design are becoming increasingly blurred Newson is a trailblazer, having pursued parallel activities in exclusive and mass production for more than twenty years.

He has designed chairs, restaurants, boutiques, cars, planes, and even a spaceship. For Australian industrial designer Marc Newson, the sky is no limit. From mass-produced objects to limited edition furniture to fashion, Newson has blurred boundaries, mapped new territories, and made himself an international superstar.

This comprehensive tome leaves no stone unturned in cataloguing all of Newson’s works to date, from early pieces such as Lockheed Lounge (which holds the world record for the highest price paid for a piece of designer furniture, at over two million dollars) through designs of household objects and more recent, large scale projects such as the interior of Qantas’s A380 and the Aquariva boat.

Encyclopedia-style entries, arranged chronologically by categories: Furniture, Objects, Interiors and Architecture, Timepieces and Jewelry, Transport, and Unreleased Projects. Extended, in-depth case studies for a selection of Newson’s most important projects: the Kelvin40 plane, Qantas Airbus A380, Gagosian art editions, Ford 021C, Ikepod watches, and Aquariva boat. Visual index cataloguing Newson’s complete works. Exclusive interview by Louise Neri. Contributing authors are Laszlo Adams, Nicholas Foulkes, Louise Neri, and Alice Rawsthorn. Marc Newson was born in Sydney, Australia in 1963 and studied sculpture and jewelry design at Sydney College of the Arts. Parallel to his career as an industrial designer, he has exhibited limited edition works and projects in galleries and public institutions since 1986, including Fondation Cartier pour l’art contemporain, Paris (1995, 2004); Powerhouse Museum, Sydney (2001); the Groninger Museum, Netherlands (2004); and London Design Museum (2004-2005). Newson had his first major exhibition with Gagosian New York in 2007, followed by a second exhibition in Gagosian London the following year. He is a Royal Designer for Industry in the UK and currently Creative Director of Qantas Airways.

"IN THE INSTANCE" - A PHOTOGRAPHIC COLLECTION BY MANI NEJAD