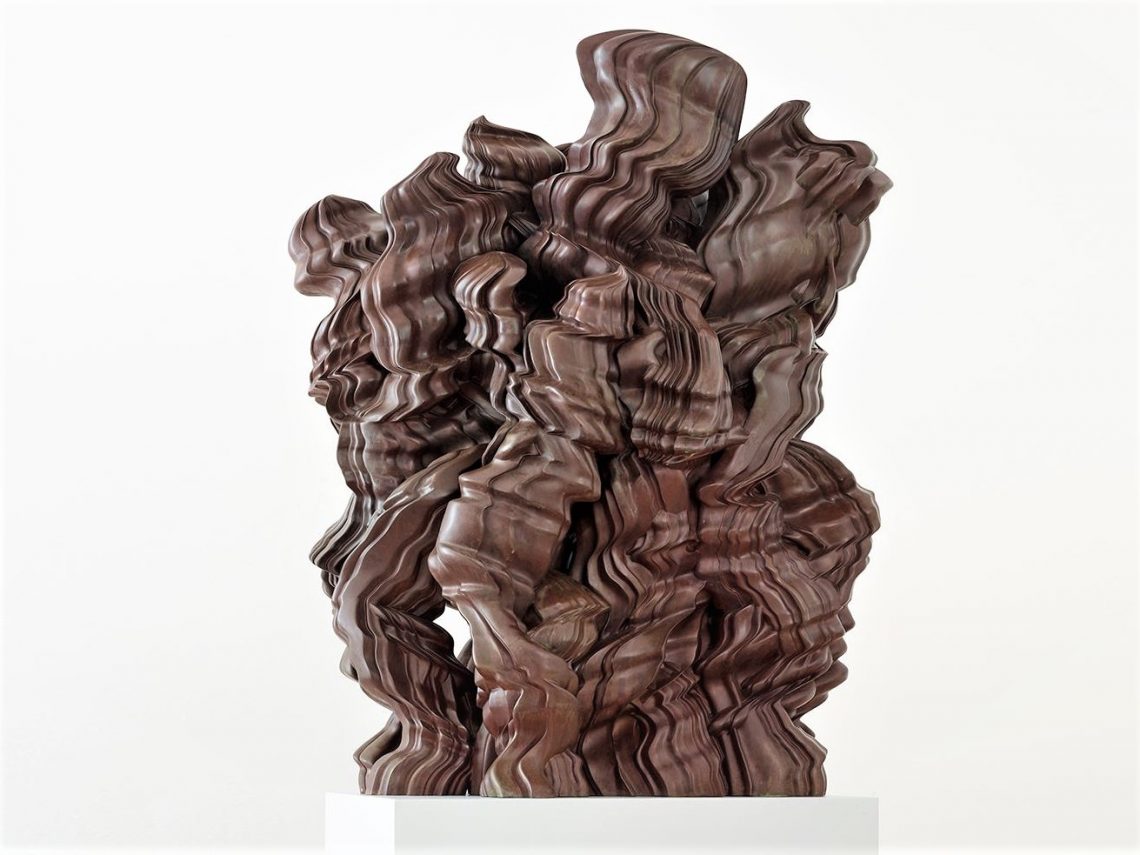 “In No Time” features a wide selection of recent sculptural work by British Artist Tony Cragg – presented at Tucci Russo Gallery, Torino, Italy. Cragg’s art focuses on the multiple relationships existing between human beings and their environment. Protagonist of continuous research on content and form in the field of sculpture, using various techniques and materials such as marble, bronze, wood, and metal.

The artist highlights the deep and inherent connection between figure, object, and landscape affirming that making sculpture is the only activity that in the interaction between human beings and matter is able to provide the latter not with a function but with a meaning and an emotional expression.

Tony Cragg has always been in constant research and reflection of how to sense and ralize what lies hidden beneath the surface of the material, capturing its dynamics and stunning aesthetics as well as its internal energy.

Among the works that are now on show at Tucci Russo Gallery, Torino are also some sculptures from a recently concluded exhibition held in the evocative setting of Houghton Hall, a historic house located in Norfolk, Great Britain.

In 1988 he represented Britain at the 43rd Venice Biennale and in the same year was awarded the Turner Prize by the Tate Gallery, London, UK. Elected Royal Academician in 1994 by the Royal Academy of Arts, he received the Praemium Imperiale for Sculpture from the Japan Art Association in 2007. He was appointed CBE in 2002 and Knight’s Bachelor in 2016.