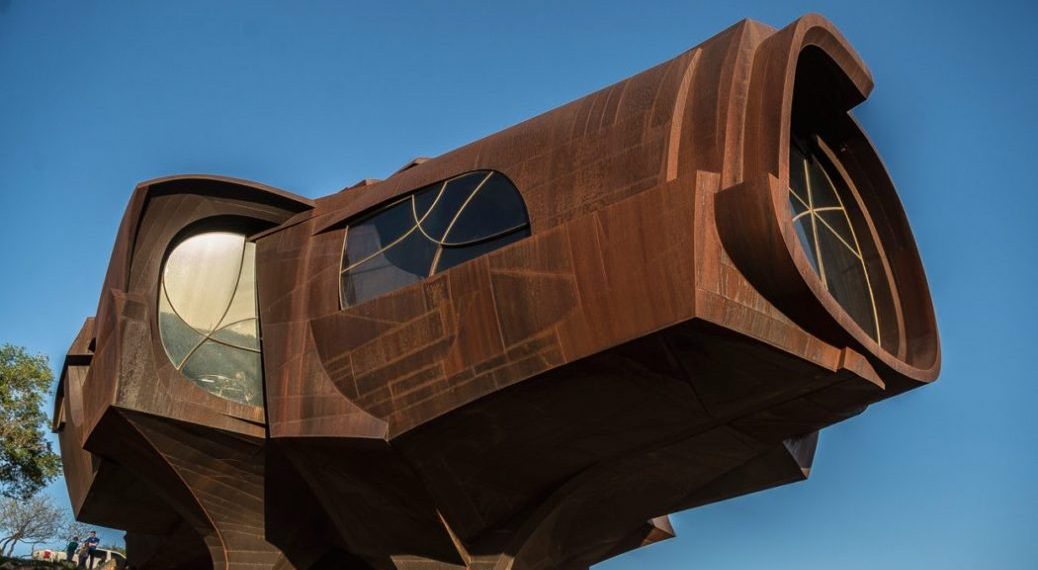 Driven by idealistic visions, utopian architecture aimed to overcome social divisions and political strife, to put us in touch with nature, and to enable us to live humane, healthy lives. For half a century, it was both hope and inspiration.

The Tale of Tomorrow surveys this diverse twentieth century phenomenon, featuring renowned works like The House of the Century or the TWA terminal, as well as lesser-known masterpieces, and profiling major thinkers such as Oscar Niemeyer, Le Corbusier, and Eero Saarinen. By digging through archives, corresponding with descendants of departed architects, and restoring photographs, the collection of utopian approaches herein maintains a visual power and infectious optimism.

The idea of utopian architecture comes with a heavy freight. Utopia is a place where things are perfect. But who, exactly, gets to decide what is perfect? The Tale of Tomorrow shows a more measured approach and is not specifically focusing on certain architectural schools of manifesto based projects: Sofia Borges, editor of the publication, refers in her introduction to a “broad tent under which communists and individualists, engineers and artists, modernists and metabolists all gathered.” Borges attributes the movement’s origins to the surge in scientific developments that followed World War II. “The whole Space Age had this momentum—people were on the moon!” she writes. Many of the buildings listed in the book reflect that Space Age spirit. There are designs by renowned protagonists like Buckminster Fuller, but also lesser known projects—like the shingled Jacob Harder House in Mountain Lake Minnesota which is shaped like a UFO. Other buildings pushed the limits of engineering, like St. Louis’ famous Gateway Arch. Eero Saarinen had to have equipment specially built just to erect it.

Plenty of the structures built during the peak of the utopian architectural movement are still standing, but many have been repurposed, and others have been abandoned. Arcosanti is such an example. The 1970s-era desert community in Arizona is perhaps one of the most famous examples of design that makes a utopian statement. Its designer, Frank Lloyd Wright disciple Paolo Soleri, built it to be a self-sustaining city—a dome in the desert where thousands of people could live together, in harmony. It never really worked – after attracting a few thousand members in its early days, interest waned and people left. Today, it’s a tourist attraction.