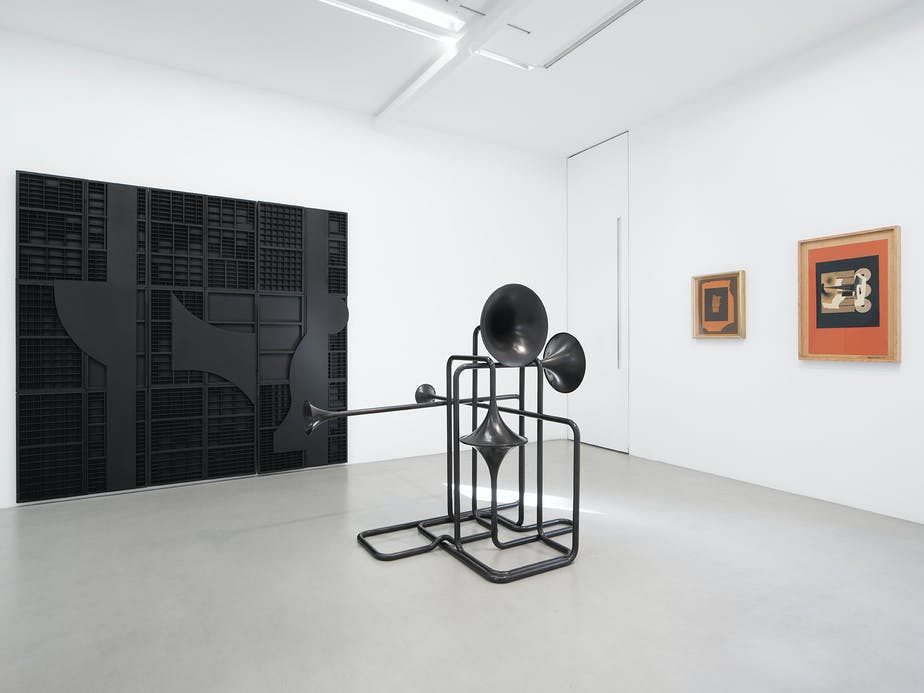 Louise Nevelson and Alicja Kwade were born eighty years apart, Nevelson in Kiev, Ukraine, in 1899 and Kwade in Katowice, Poland, in 1979. Both migrated at an early age to, respectively, the United States and West Germany. The histories and environments that saw the emergence and evolution of their statements are therefore necessarily other, but present no real impediment to the recognition of certain surprising points in common, notably with regard to a way of conceiving a sculptural process squarely marked by the transformation and the re- then the de-contextualisation of material and physical data – in the broadest sense of the term – both recycled and repurposed.

It was not until 1959 that Nevelson’s work found the recognition it deserved. Invited to take part in the Sixteen Americans exhibition at the Museum of Modern Art in New York, she found herself in a decidedly awkward position in that the event marked the triumph of post-Abstract Expressionism movements.

Not that Nevelson had any connection with this latter trend, even if she belonged more or less to the same generation as Jackson Pollock and Willem de Kooning; but the 1959 exhibition was above all to serve as a springboard for artists who could have been her sons. This is undoubtedly the key to a body of work never able to bend to the mainstream and the dominant aesthetic, while successfully escaping the zeitgeist and categorisation, not to say ghettoisation.

And ultimately escaping the expectations of the art world, as shown by her contribution to Sixteen Americans, composed of an immaculate white environment where one could have bet on a dominant black synonymous with her comfort zone.

Alicja Kwade is equally unclassifiable and unpredictable. Like her predecessor, she seems to draw on a “personal” realm; not necessarily in the intimate sense of the term – although Nevelson’s work is shot through with considerations relating either to her autobiography or her “inner life” – but in the sense of understanding it as a relationship to the world indebted to materials that are either close to home or that testify to interests in transversal themes and subjects.

This exhibition sets out to trigger an unexpected dialogue between the two artists by focusing on a selection of Nevelson’s wall pieces from the 1970s, Kwade has reacted with works of her own, either earlier or produced for the occasion, which take over the space, resting on the floor or, more rarely, on the walls, in order to generate counterpoints that at times reflect discreet nods to the artist who has been described as the „grande dame of contemporary sculpture“ (1).

And if, once again, they do not belong to the same history, if the world that surrounds them is not comparable – even so, both are representative of a certain sculptural conception and exigency.