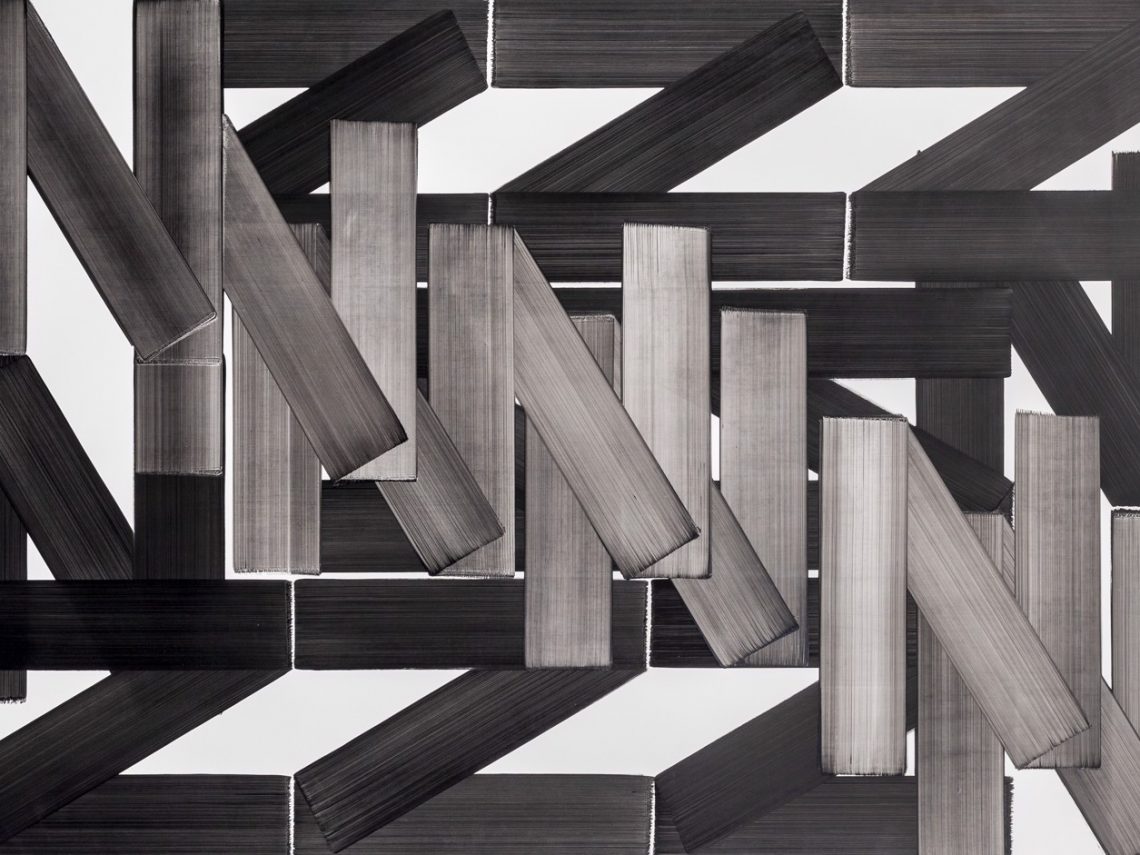 Paris based Galerie Rabouan Moussion is currently presenting “L’argument littéral” – a solo presentation of French painter Guillaume Durrieu. The artist develops a process-oriented way of painting, both abstract and concrete, in large formats that he confronts with other mediums, mostly music and cinema. Through elaborated displays, his work explores signs, patterns and stereotypes associated to Modernist painting.

Guillaume Durrieu creates his artworks according to an invariable protocol: a sequence of gestures ordered and determined in the preparatory drawing, carried out in one go. The painting then captures the gesture and the sequence of execution is shown as recorded, strictly readable.

Willingly polysemic, his works borrow a lot from cinema – especially with regard to its production and editing processes: framing, reframing, deframing, off-screen, depth and superimposition. But he’s also questioning, not without humour, their seeming objectivity and autonomy.

Primarily produced in landscape format in “a single take”, Guillaume Durrieu’s pictorial work continues a tradition of objective experimentation begun in the 1960s.

In addition, he also explores the blind off-screens of painting and abstraction, through a step-by-step research work with preparatory drawings and studies – complemented by lateral elements like the artist’s video and music production.

Durrieu’s recent paintings, exhibited in “L’argument littéral”, stand out as much by their scale as by their attraction towards other fields of representation: It is indeed towards the cinematographic screen that their format makes immediately sense.

Coinciding with his activities as a painter, Guillaume Durrieu comes up with musical production in various forms: soundtracks, performances, film music, vinyl records. This practice of sound is often found as a constituent element in his exhibition processes. Sound then becomes a tool that “gives voice” to the paintings and can even be an undercurrent in how the exhibition is staged, layed out and presented.

"THE GOOD, THE BAD, THE UGLY" ATELIER VAN LIESHOUT