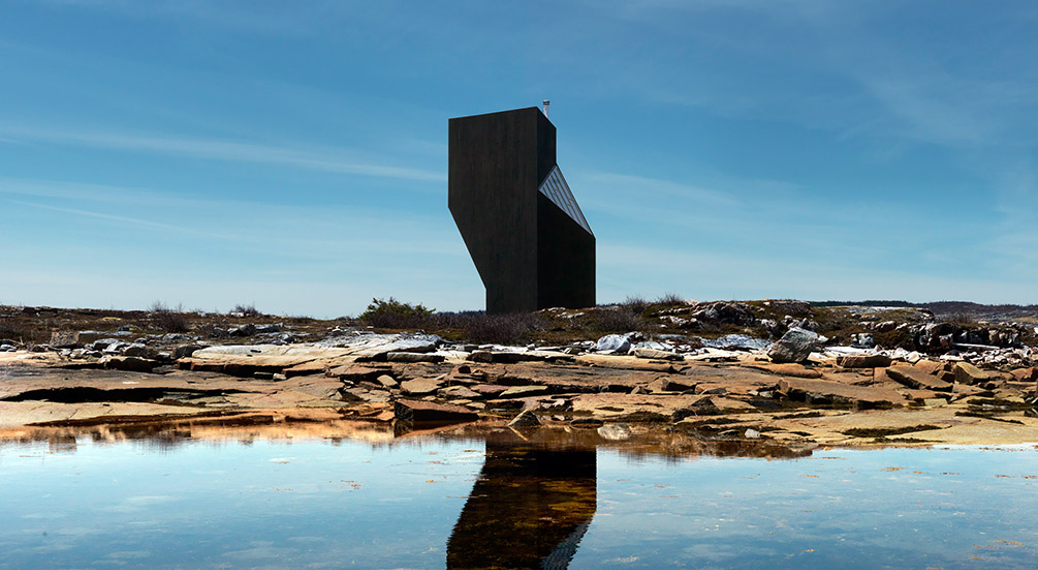 Black: Architecture in Monochrome by Phaidon Publishers is a stunning exploration of the beauty and drama of 150 black structures built by the world’s leading architects over 1,000 years. A visually rich book it casts a new eye on the beauty – and the drama – of black in the built world.

It consists of a series of six artists’ studios on various Fogo Island locations. The organization is committed to preserving the Islanders’ traditions and aims at rejuvenating the island through the arts and culture. The Tower Studio is dramatically situated on a stretch of rocky coastline in Shoal Bay, Fogo Island, Newfoundland. The book stands out with its stunning photography accompanied by an engaging text that explores the role of dark hues in the building’s design. It’s also interspersed with classic song lyrics and insightful quotes.

In today’s crisp and clean cities, black houses seem to be the new black, thanks to a trend that has spread from the insular world of avant-garde architecture into the broader culture of urbanism.