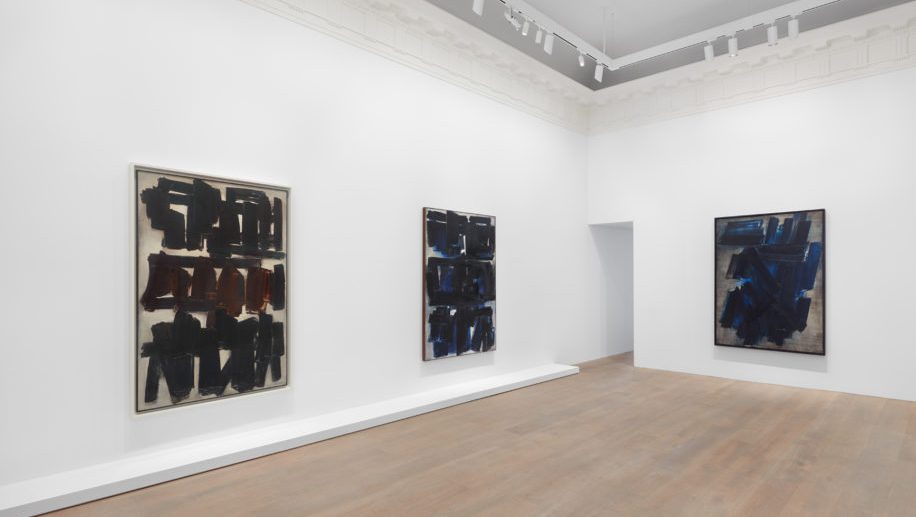 Lévy Gorvy Gallery New York celebrates the 100th birthday of Pierre Soulage with a dedicated show of France’s foremost living artist – presenting a selection of iconic works of this contemporary master spanning his career from the 1950s to today.

On view through October 26, 2019, this focused survey explores the artist’s enduring role in the dialogue between European and American painting and invites viewers to consider the impact of a practice that has injected profound poetry into radical abstraction through its adherence to a single material: black paint.

Filling all three floors of Lévy Gorvy’s landmark building at 909 Madison Avenue, Pierre Soulages: A Century is a prelude to Homage to Soulages, the artist’s solo exhibition at the Musée du Louvre, Paris, opening in December 2019.

Curated by the late Pierre Encrevé, art historian and author of the Soulages catalogue raisonné, and Alfred Pacquement, the Honorary General Curator and former Director of the Centre Pompidou, the Louvre exhibition marks one of the very few times in the revered institution’s history that the Salon Carré has been entirely devoted to the presentation of work by a single living artist—an unparalleled honor. Bringing together seminal paintings from the 1950s and 1960s that were either first exhibited in America or now reside in major American collections, the exhibition charts Soulages’s sustained investigation of abstraction — “a poetic experience,” he once wrote, that “signifies the world by transfiguring it”— from his early inspired encounters with the New York School to his continued innovations today.

Also on view will be exceptional examples from Soulages’s Outrenoir series initiated in 1979. Translating to “beyond black,” outrenoir describes works in which dense layers of pigment record subtle shifts in ambient light.

Thus incorporating darkness and radiance, each canvas invites the viewer to actively ponder the dynamics of repetition and change that structure Soulages’s oeuvre. “Outrenoir is not an optical phenomenon,” the artist has said. “It’s a mental state that you reach when you look deep into it, it’s beyond black.”