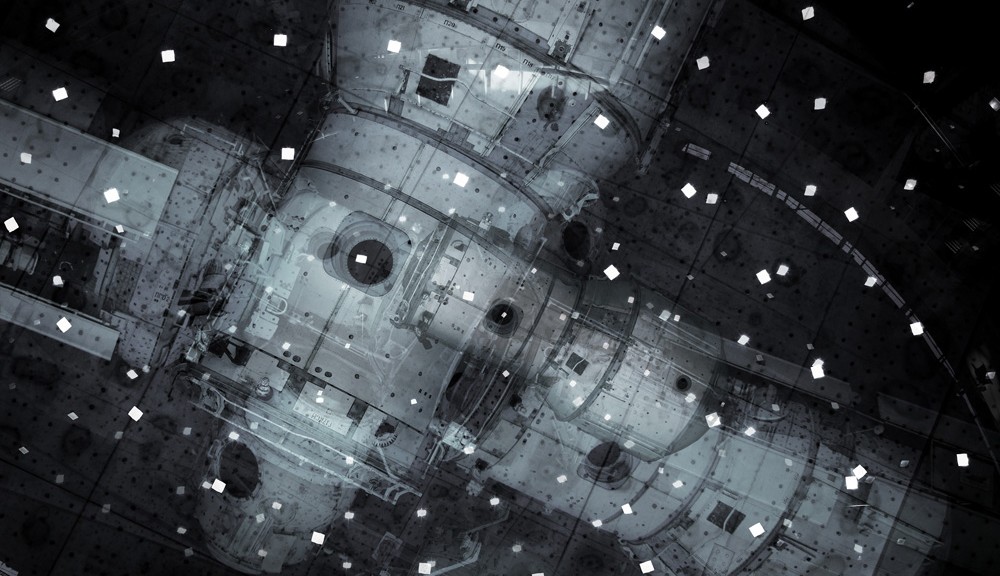 Outer Space is a spectacular view on the beauty of the orbit and the fascination of space travel taken by German photo and video artist Michael Najjar. His show at Benrubi Gallery explores the latest development in mankind’s endeavor to cruise the universe and how it is shaping future life on earth.

Informed by Najjar’s training to become the first civilian artist to fly to space, the series of large-scale photographs capture an intense and immersive futuristic world, inspired by cutting-edge aeronautic technologies and the nascent space tourism industry. The potential of the photographic image is pushed to new frontiers as realistic elements fuse with fictitious realities to make visible what is invisible or beyond human perception.

Central to Outer Space is Najjar’s personal experience with space flight and the performative aspect of the exhibited images. As one of the pioneer astronauts of Richard Branson’s Virgin Galactic, Najjar has been undergoing an intensive, multistage cosmonaut training in Star City, Russia, since 2012, and is scheduled to board SpaceShipTwo in the near future. The artist uses the actual experience of training to create complex and never-before carried out photos that examine vital connections between humans and technology.

Reality and simulation are so intertwined that they become indistinguishable, allowing for novel ways of seeing. Video artworks based on Najjar’s extreme training will be shown as part of the exhibition. The acceleration in aeronautic research and industry and the birth of commercial space travel has brought humanity on the verge of a new era.

“By leaving our home planet and flying to the moon or other planets, we change our understanding of who we are and where we come from,” Najjar says. “The point is to reflect on our world and what it means to us and the generations to come after us. It’s about the very origins of the self.”