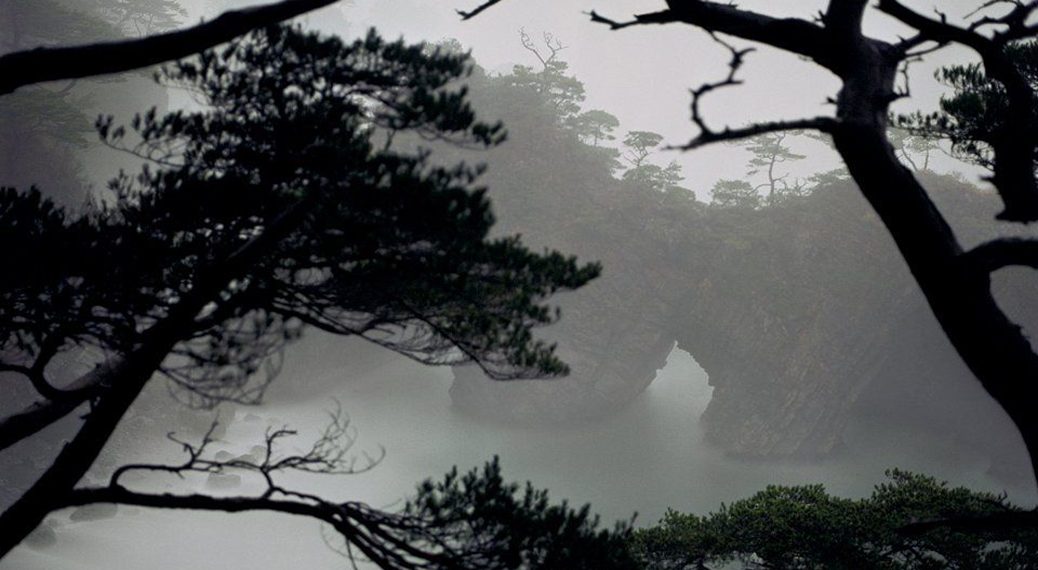 Darren Almond stands out for his diverse practice incorporating film, installation, sculpture and photography with evocative meditations on time and duration as well as personal and historical memory being a trademark of his work.

Almond probes the notions of geographical limits and the means of getting there – in particular, culturally specific points of arrival and departure. Since 1998, he has been making a series of landscape photographs that took him as long as 13 years to work on and is known as the Fullmoons.

Taken during a full moon with an exposure time of 15 minutes or more, these images of remote geographical locations appear ghostly, bathed in an unexpectedly brilliant light where night seems to have been turned into day, enabling details undetectable to the human eye to be revealed.

Many of Almond’s works are filmed in wide ranging – and often inaccessible – spheres such as the Arctic Circle, Siberia, the holy mountains in China or the source of the Nile. The artist followed a sulphur miner in Indonesia during one of the labourer’s daily journeys from the mouth of a crater to the weighing station to produce Bearing, shot with a high definition camera. In Schacta, Almond filmed the activities of a Kazakhstani tin mine and set them against a haunting soundtrack – made as a field recording – of a local female musician and shaman during her performance. Other works explore themes closer to home: Traction is an ambitious three-screen projection that draws a portrait of the artist’s father, laying bare external and internal scars, whilst revealing the artist’s preoccupation with time.

Another realisation of time was achieved with the work Tide, in which 600 digital clocks were lined up along the entirety of a wall simultaneously registering the relentless passage of time, especially relevant to the ‘clocking in and out’ procedure of mechanised labour.

Almond traveled to Patagonia, Tasmania, Cape Verde and the Outer Hebrides in order to bring about his best known photographs. While depicting disparate lands, the works all embody the artist’s interest in time, both as an actual, lived experience as well as a cultural and historical construct. They document his bonds to particular landscapes, and map his personal interest in geology, myth and history. The Patagonia pictures employ classical compositions – referencing Romantic landscape painting – and are seepted in a supernatural light: the result of the lack of airborne pollution in this pristine, almost untouched land. His large-scale, expansive photographs of Cape Verde, rough black stones emerge from the Atlantic Ocean. The rocks are solidified lava, and this seemingly diabolic, remote landscape, that bears the evidence of its own formation so vividly, played a key role in Darwin’s book ‚On the Origin of the Species’ (1859).

Almond’s interest in what the landscape reveals is echoed in his ‘Present Form’ photographs of standing stones on the Isle of Lewis in the Outer Hebrides installed at the centre of the exhibition. These photographs of individual upright stones, wrought out of the oldest known rocks in the British Isles, ravaged and partially covered with vegetation, form part of a stone circle dating from 3,000 BC, and are thought to have been used as an astronomical observatory to measure 18.6-year moon cycles. Almond has photographed the stones as evidence of our primal need to measure and quantify the passing of time.