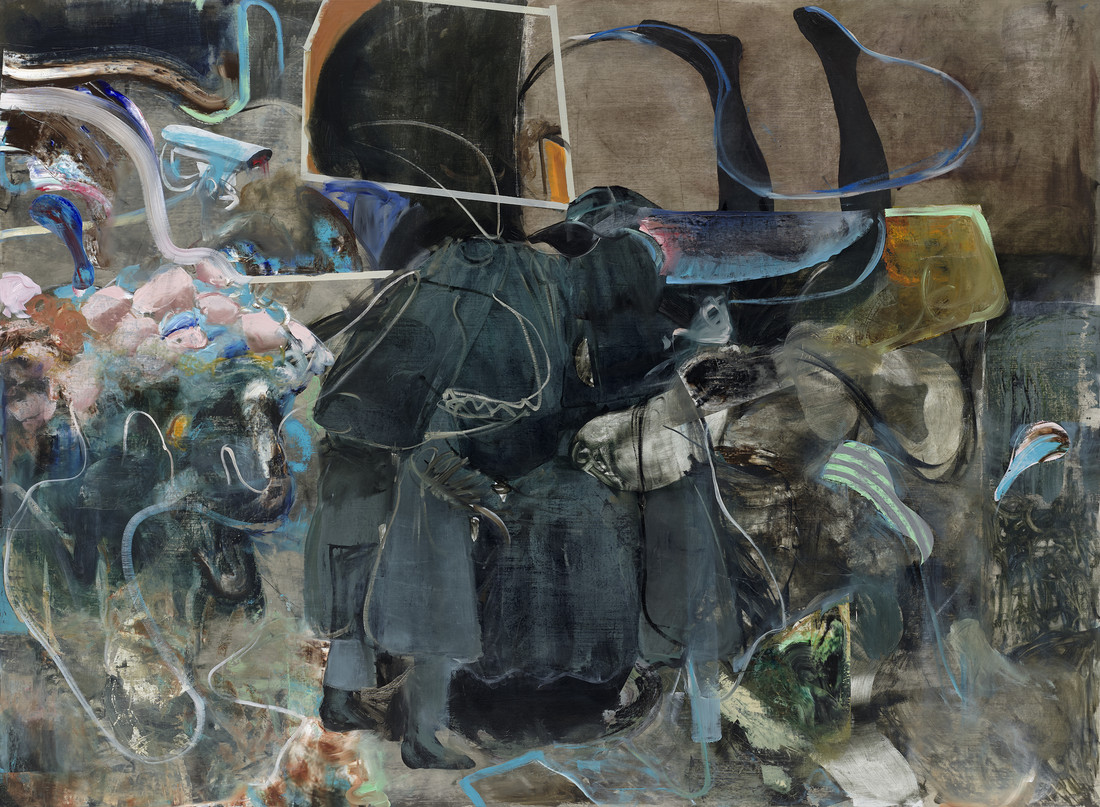 The show highlights Ghenie’s continued exploration of abstracting figures, layering shapes, and using gestural painting techniques to create complex images intertwined with art historical narratives. His meditation on the idea of “hooliganism” examines the crucial role of rebellion in an artist’s process, working to reject or ignore traditionalism to create the new.

Since the mid-2000s, Adrian Ghenie has created drawings, collages, and paintings that mine the history of art as well as the darkest chapters of Europe’s past, notably World War II and the subsequent rise of communism, including in his native Romania. Somber and gritty, his canvases bear gestural, abstract brushstrokes that build as much as mar their representational contents.

Beginning in 2014, the artist began to work from assembled images. In recent years, his focus shifted to an exploration of revolutionary figures from the late 19th century such as Vincent Van Gogh and Charles Darwin, using them as points of departure more than inspiration. Ghenie’s visceral, even iconoclastic, impasto conjures distortions of memory, as well as fraught experiences that exceed and collide with official accounts of history.

Primarily portraits of nineteenth-century artists, the works on view in The Hooligans suggest a genealogy that begins with J.M.W. Turner, runs through the Impressionists, and ends with Post-Impressionist figures, such as Vincent Van Gogh and Paul Gauguin. Quiet disruptors, these painters affirmed the materiality of oil paints with their loose brushstrokes, while amplifying painting’s optical qualities, namely its immersive luminosity and chromatic richness.

Radicals in their time, their work unsettled the Romantic period, reflecting changes to modern vision as both bodily and subjective – a phenomenon that the nineteenth century’s new optical instruments and scientific experiments had already put underway. Ghenie, whose past work has explored the relationship between painting and cinema, continues to mine art’s ever-evolving relationship to history, vision and technology, as suggested by the presence of anachronistic details, such as sneakers and baseball caps, VR goggles and security cameras, that interrupt broad sections drawn from familiar nineteenth century paintings.