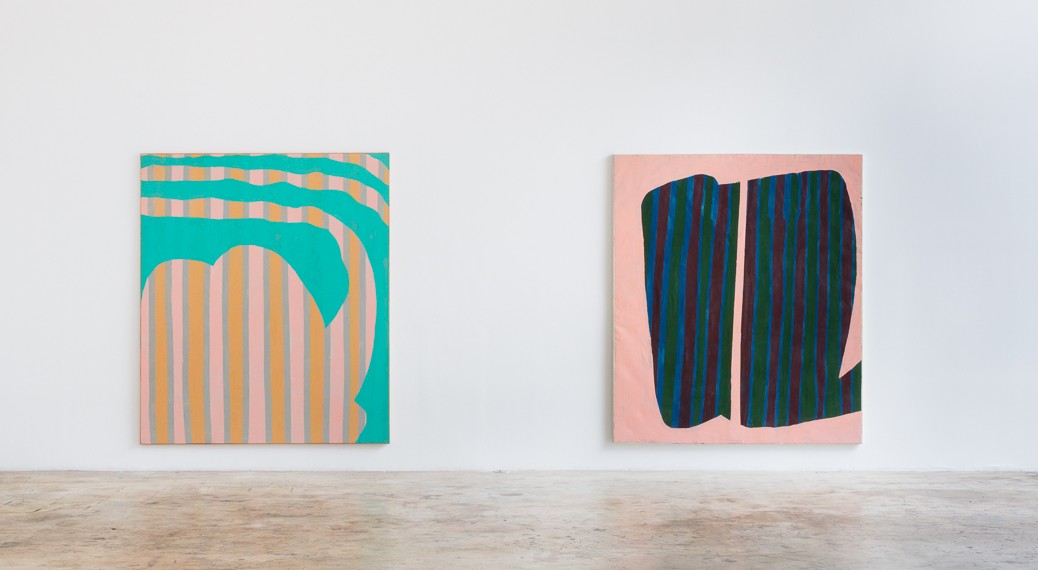 How to break out of the classic gallery format? New York based Bortolami Gallery has teamed up with Daniel Buren this year to explore new ways to present art outside the rigid corsett of a five-week show.

Generously devised in time and physical dimensions the Gallery has dedicated its new premises in Miami – the M building – to a one year engagement by Daniel Buren. On the occasion of the 50th anniversary of the artist’s iconic 8.7 cm stripe, an exhibition including situated works with fabric from 1965 to the present will periodically change and take new turns while running all through 2016.

When Buren began painting stripes in 1964, he used tape to delineate the vertical motif on bed sheets. In December 1965, he found a striped linen fabric at a Parisian market and began using the precisely printed cloth rather than continuing to render the pattern by hand.

Bortolami’s Miami show of Daniel Buren will also trace the artist’s lead-up to the 1965 discovery and just a few of the many ways he has since engaged with the 8.7 cm stripe which he calls a “visual tool.” The next 12 months will provide Buren with the time and space to alter the exhibition as he sees fit, eventually installing a new presentation of in situ works that will continuously take on new forms, subjects and arrangements throughout the year.

This flexible and versatile exhibition platform is a new, experimental alternative for artists to show their work in American cities and outside the standard five-week gallery show. The idea is to set forth a progressive exhibition structure and expand programming with unusual formats as well as giving selected artists the space and freedom to investigate their work without restriction.